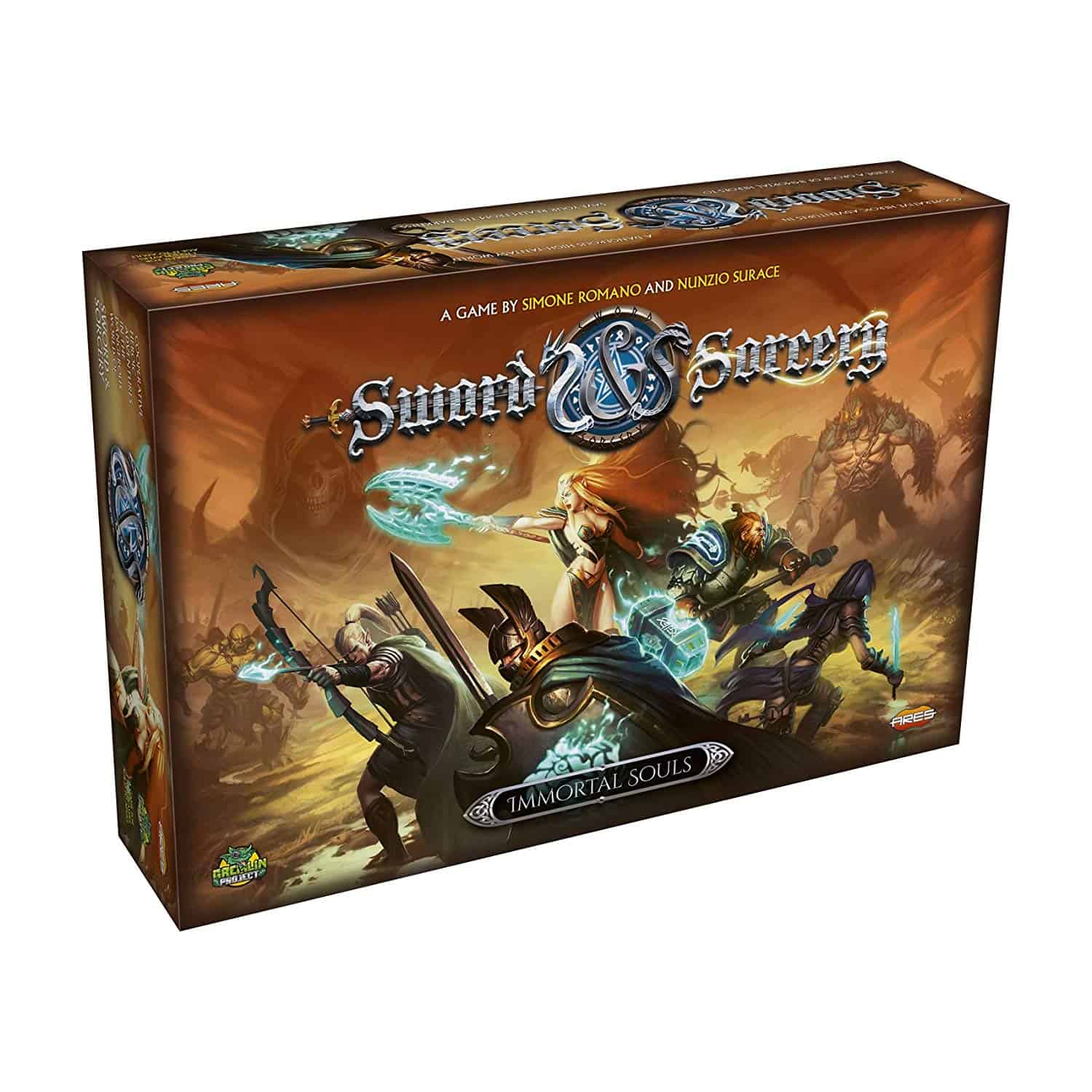 There was a time in history where the only place one could find adventure and excitement was on the pages of books and the imagination they sparked in our heads. In today’s world adventure has leaped from books and our imaginations to real life with beautifully detailed miniatures, an array of components and deep characters that bring the essence of true adventure to life right in our living rooms. Fantasy Board games go way back to the mid-’70s with Chainmail and Dungeons and Dragons; these games told good stories that kept players entertained and enthralled.

The difference between Sword and Sorcery and these pioneer games is the fact that you don’t need a storyteller to run through the adventure for you; in the modern games, you have to run your own quest and control the characters you get to encounter within the game. 1980’s board games like Star Smuggler and Barbarian Prince did try this method but their clout has been overshadowed by new additions like Sword and Sorcery that focus more on storytelling, combat as well as the ability to go it all alone against the game or play with friends and family.

Sword and Sorcery fall within the range of an epic fantasy board game which has between 1 and 5 players banding together to fight against the forces of evil controlled by the game. Each player is able to control one or more characters who are really legendary heroes brought back from the dead by incredibly powerful magic to battle the growing forces of evil. These heroes have been weakened by the resurrection and only grow stronger by going through story-driven quests. Here they have to acquire soul points during battles which will regenerate their souls and restore them to their powerful selves – at full strength, each hero possesses multiple powers, magic and soul weapons as well as powerful artifacts with which they vanquish evil. Your role as a player in this game is to complete a quest from the Storybook – here you’ll have to set up story events, map tiles, waypoints, doors, enemies and other items as prescribed by the book. Your objective in the game is revealed as you move from story to story through the entire board.

At the beginning of a campaign with multiple players or a one-off quest, you have to choose your hero and the soul nature of that hero – soul natures are either Law, Neutral or Chaos, each of these alter the play style of your chosen hero. The soul natures are a huge part of the set up because soul natures let you know which cards you can use and which ones you can’t use. For example, heroes with Law and Chaos soul natures cannot be on the same adventure party while Neutral can co-exist with either of them. Each hero possesses its own attributes, natural powers and power cards which enhance their abilities – they can be further kitted by weapons, armors and artifacts picked up from battles and key points during quests.

There’s a soul gem attached to all the heroes that monitor their health status and also reveal their potential number of talent and power cards, their combat limit, and the number of high-risk ventures they can embark on – you can gain soul ranks and increase all these attributes as you move forward through the quest; you’re essentially just regaining your old powers as you vanquish more dark forces. Each round within the game is divided into three phases – Time, Battle and Event phase. During a Time phase, everything is refreshed including your used power cards. The Battle phase is characterized by attacks initiated by heroes, and enemies as well; while the Event phase is when a player draws and resolves an event card which could have positive or negative consequences on either heroes or the enemies…. Or both parties!

While playing Sword and Sorcery, the type of enemies you come across would depend on some of the choices you made at the beginning of the game (I mentioned this in the first paragraph). Checks are resolved by a set number of red or blue dice as well as the symbols collected from your die rolls. Characters can also be leveled up by gaining soul points from the fallen bodies of tour enemies – this increases your stats and skills significantly. You get to set up a labyrinth for your heroes to explore as you move along and lay intricately designed tiles – although there’s a darkness to the pathways that makes it pretty difficult to discern certain features; it, however, adds to the overall tingling down the bones you would get from any Dungeons and Dragons themed game.

There are interactive elements scattered throughout the game as you encounter tokens that represent unknown enemies and innocent bystanders and townsfolk along your adventure quest route. You will also encounter checkpoints with treasures or doors with hidden traps as well as event points which unlock another part of the story to move you further in the game. Although your freshly resurrected but weakened heroes have access to a collective stash of starting items and weapons, every weapon is not available to every hero. Weapons are granted based on the innate talents of a character as well as their starting powers – there’s also an away of options to customize your character including gaining soul points.

Your enemies are revealed when an enemy token is flipped as you draw from the enemy deck to know your foe. The game is replete with several layers of gremlins, raiders, and orcs to battle. The Green foes are weak, the Blue ones a little stronger and the Red are the most powerful. Each battle is resolved by rolling either red attack dice or a blue multipurpose defend or attack dice.

This board game designed by Gremlin Project is a perfect follow up to its forerunner – Galaxy Defenders. The gameplay in Sword and Sorcery is faster and unique with an innovative area movement and control system – recent advancements in adventure board games.