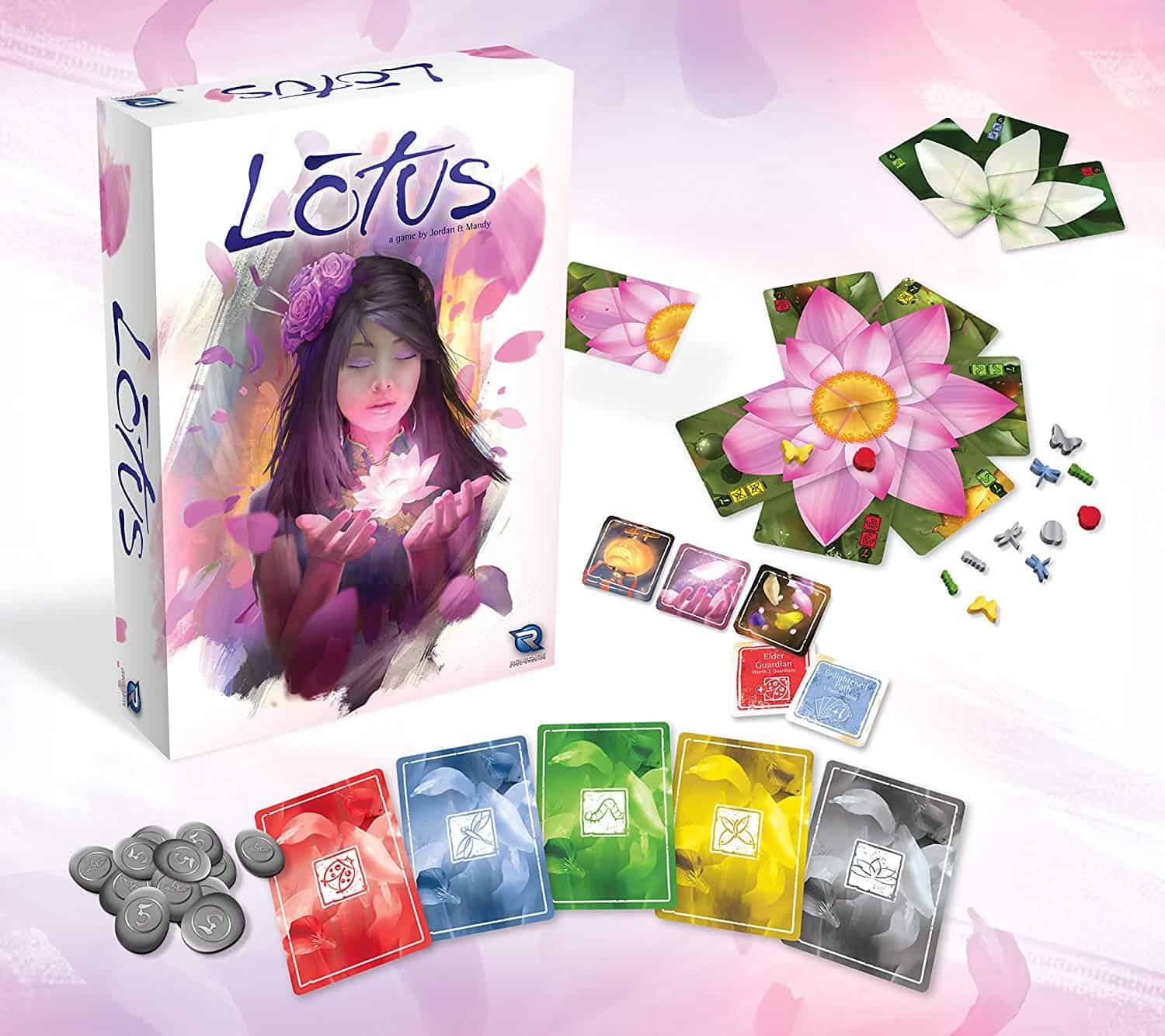 ike the Battle of Britain. This game is a real pleasure if you’re a war history buff. A single Gameplay can run from 5 to 90 minutes depending on how big a battle is being fought.

This pretty straightforward family board game designed by Jordan and Mandy Goddard from Renegade Game Studios involve players playing and completing petal cards which they collect as points. With average gameplay involving between 2 and 4 players and an average playing time of 30 minutes, Lotus transforms into unique works of floral art with every game cycle. The game tends to clear the mind and create a gardenlike atmosphere with floral cards. It is also a very pocket-friendly game too. It has a digital version that goes for just $4.99 while the physical version is available on Amazon for $23.70.

Welcome to the Dungeon originally released as Dungeon of Mandom is a board game where you’d have to beat the dungeon twice or be the last warrior standing to win the game. Played best between 2 and 4 players and an average play time of 30 minutes is a dungeon-themed game where the players take turns to dare each other to go into the dungeon as many times as possible with as fewer weapons each time and twice as many monsters to battle within. Each player is equipped with 2-sided cards with a white and red side. The first win turns the white side while a first loss turns the red side – a second loss returns the card back to the box. Players have to win by having victories in two straight rounds and lose by having two straight losses. The game can be found for as low as $20 – a pretty pocket-friendly price.

This adventure board game is a sequel to Forbidden Island and boasts an average playtime of 45 minutes. Between 2 and 5 players have to assume the role of brave adventurers who do it takes through blistering heat and fiery sands to recover a legendary flying machine buried beneath a lost, ancient desert city. Unlike forbidden island, this game comes with new mechanisms like an ever-changing game board, managing the individual player resource as well as an innovative method of locating parts of the flying machine. You can get the game for as low as $20.

The resistance is a deductive reasoning card-based party game. The theme of the game revolves around a war between the government and resistance groups. The resistance relies on certain key players some of which are also working as spies against them – the players try to reveal the spy working against their interests throughout the game. Designed for 5 to 10 players with a play time of 30 minutes, the game has no player elimination because although it is inspired by Mafia/Werewolf, its own unique mechanics provides increased resources for an informed decision as well as facilitates player interaction. Players must either ben resistance operatives or imperial spies who must depend on each other to execute missions within three to five rounds of gameplay. This piece of hot action can be gotten for as low as $14.

This is a real-time cooperative dice game of 2 to 5 players who must work together to save their ship from blowing up – the game lasts for just ten minutes. The game is made up of 25 dice and 65 cards with each game set to a ten-minute timer during which time players must work together to diffuse all the bombs aboard – each bomb is represented by a card which requires a special combination of dice to be disarmed. This game will self-destruct in ten minutes but can be copped for about $12.

This is a dice game with a Japanese theme where players compete for the title of the greatest ninja. During gameplay, each player rolls a house dice to create different challenges and also roll skill dice to come up with three ways to beat each challenge. While a Player beats the challenges to score points and escape, the next player has to beat a new house – failure to beat the house means the player who beat the challenge gets to escape. Gameplay consists of three rounds of increasing difficulty – the player with the highest score wins and is crowned the greatest ninja. You can cop this one for not more than $20.