It is no news that board games come with many remarkable features that players cannot resist. Therefore, it doesn’t come as a surprise that players are now looking for specific board games that provide exciting layouts and all-around fun. The board games that start with R have over the years, proven to be the players’ delight, and for good reasons too. They come with many fun-packed themes, as well as many educational materials that you wouldn’t want to miss out.

Picking the Best Board Games that Start with R

Life is all about risks, isn’t it? So, when you have got a board game like “Risk” in your coffers, you can be sure that unlimited entertainment will be all you can get. The idea behind it is for players to take the risk of conquering the world, which is a herculean task we must say. As if that wasn’t enough task already, the device of the game was taken higher with the proposition that players must attain the aim of conquering the world in a few weeks. That is where the real game plan begins.

The Risk board game is designed to be played by 2 to 6 players, within the age bracket of 10. With a two-hour (120 minutes) playtime, the players are expected to align and join forces to actualize the aim. It is important to point out that luck doesn’t have much role to play here because players would be strategizing and deciding on where and how to place the troops. 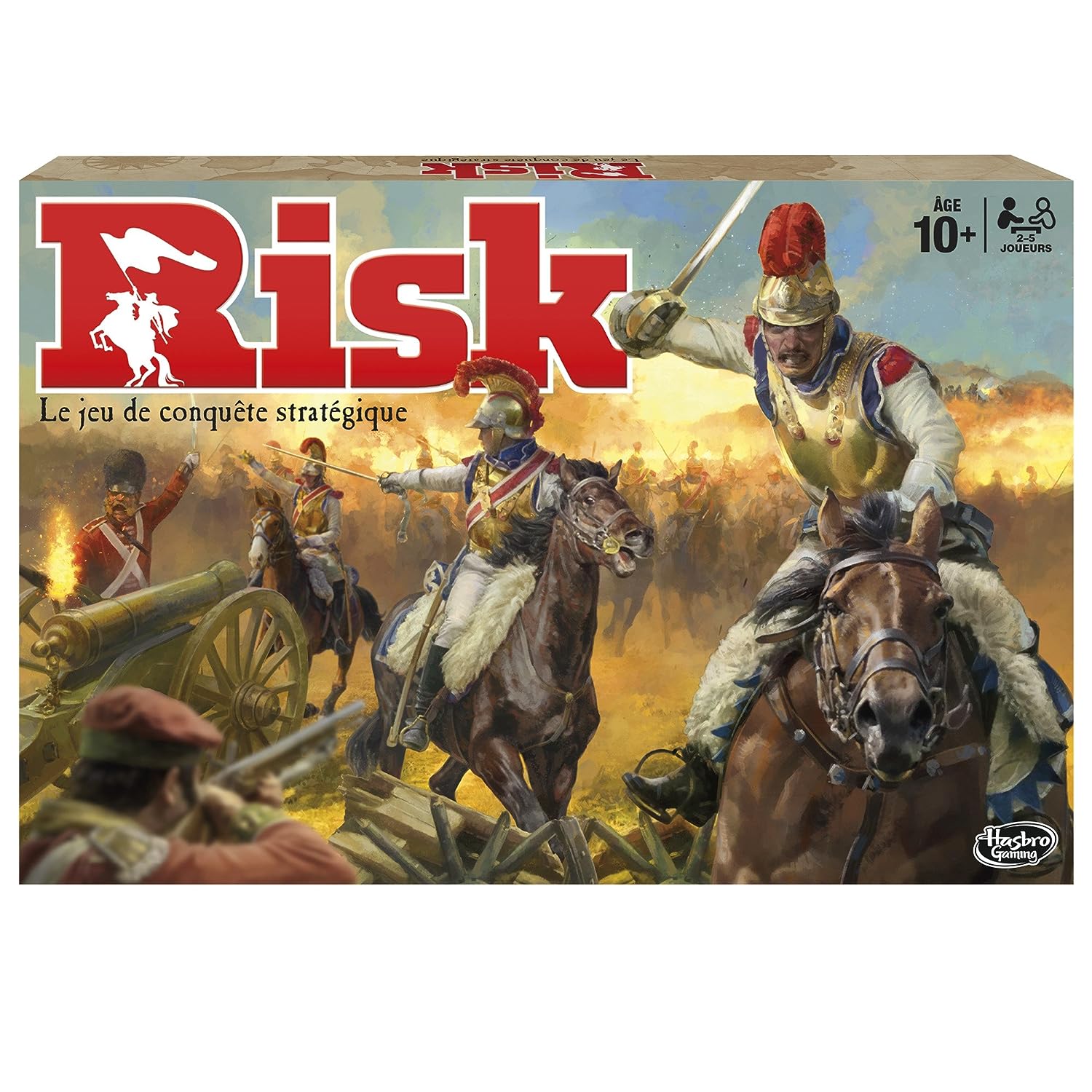 Revolution only comes into play when there is anarchy in the land. When people/the masses are living in penury while the elites are getting more affluent by the day, it becomes imperative to increase the clamors for revolution. That, also, is the concept behind the Revolution! board game.

The idea here is for players to slug it out with wits and different strategies as a means of acquiring more power and influence. With consistency and the right bidding, they tend to end up winning most of the treasured collections in the game, which includes Force, Gold, and Blackmail.

Now, in the bid to control more players and territories, it is expedient for the players to cultivate and make use of different strategies, such as bluffing. Also, players have to be on their guards to discover when they are being taken for a ride. The general rule of thumb is that players have to strive harder to figure out what it on the table, and to look for ways to control the same.

The Revolution! board game can be played under an hour, and is suitable for three to four players. 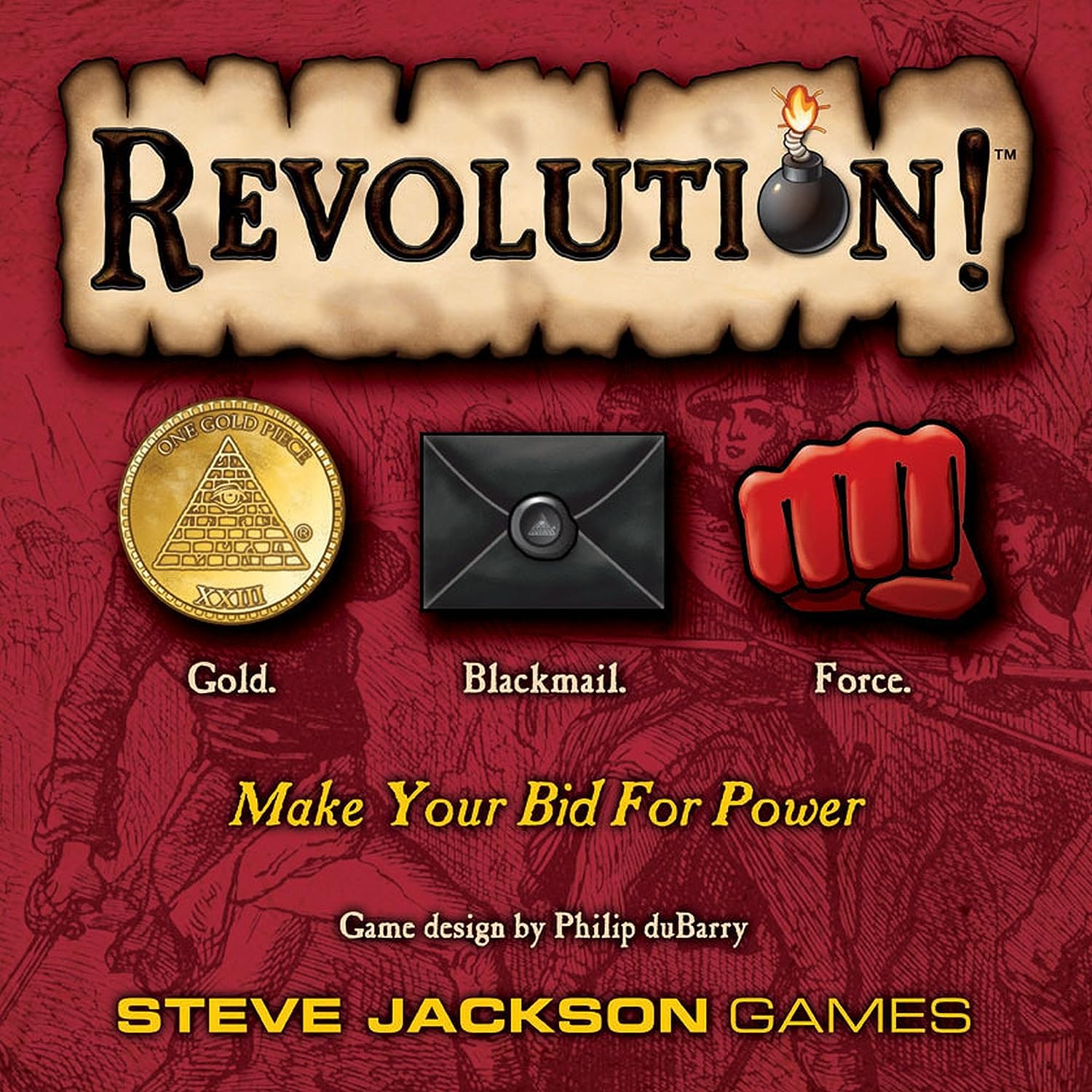 It’s early morning and you are rushing to the office or on the way to get the kids to school. You have gone for some miles only to be stuck in a traffic jam. We all know how hectic the situation can be. You are enduring the howls from the other drivers, and trying so hard to beat the traffic and remain in one piece thereafter.

In the midst of all those confusions, you can take a cue from the Rush Hour Traffic Jam board game to beat the traffic jam and get going in a good time. From the formation, you only have few spaces to turn and maneuver your car in the tight gridlock. With that in place, you have to think outside the box to be able to beat this logic game.

Ideally, players are expected to move in a certain direction as dictated by each piece on the board. Hence, you have to be figuring out how you can get the main piece off the board so you can have a hassle-free process in moving around and getting away from the traffic jam. 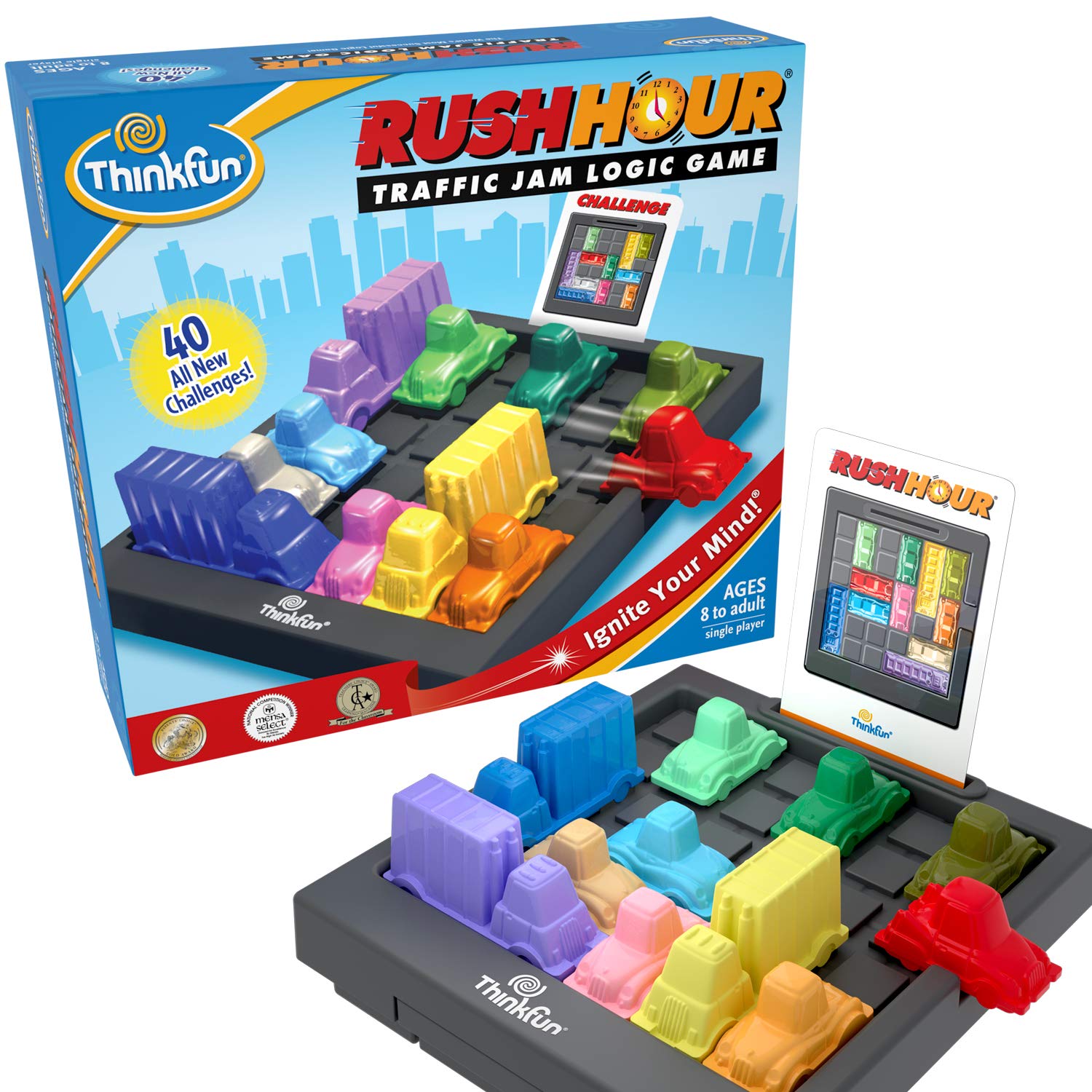 So, some Relics have lost their way in the jungle, and it is up to you and many other players to find them. It is hassling because you would be up against many factors, such as beating around the bush in the jungle.

On the other hand, players would continue edging their ways to get hands-on the relics by navigating the paths on the board. More so, players are given a token anytime they visit a temple in the course of the search. The rule of thumb here is that the more tokens are collected, the higher the chances of the relics to appear. Therefore, when all the tokens have been collected, the next player or group of players to get near or visit the temple after that would become the winners. 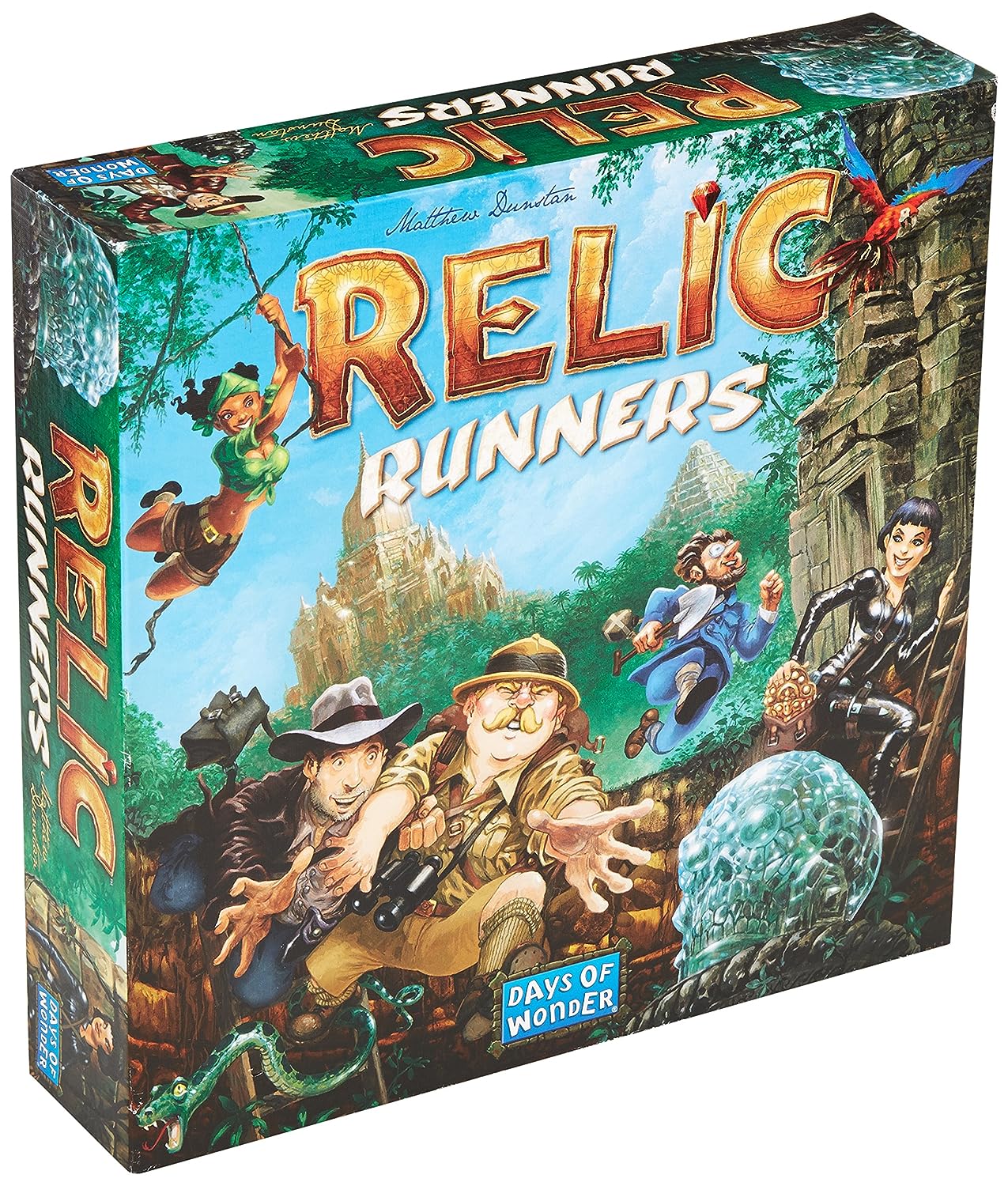 Can you picture what it feels like to build a railroad on a board? That is exactly what you get when playing the Russian Railroads board game that starts with R. In this game, the players are working hard to build the largest rail network in Russia. To do that, they make use of their boards, which have dedicated three tracks on them. The tracks have a space onboard for factories by the sides, as well as rail tracks linking different cities. Each of the tracks comes in different colors, which is an excellent way for players to keep track of their progress.

On the other hand, building the railroads might not be an easy process because players will be fighting hard to build them in the sequential order, as that helps in opening up new opportunities for their constructions. That notwithstanding, players can take advantage of the central board to position the workers that supply the needed materials or building the tracks. 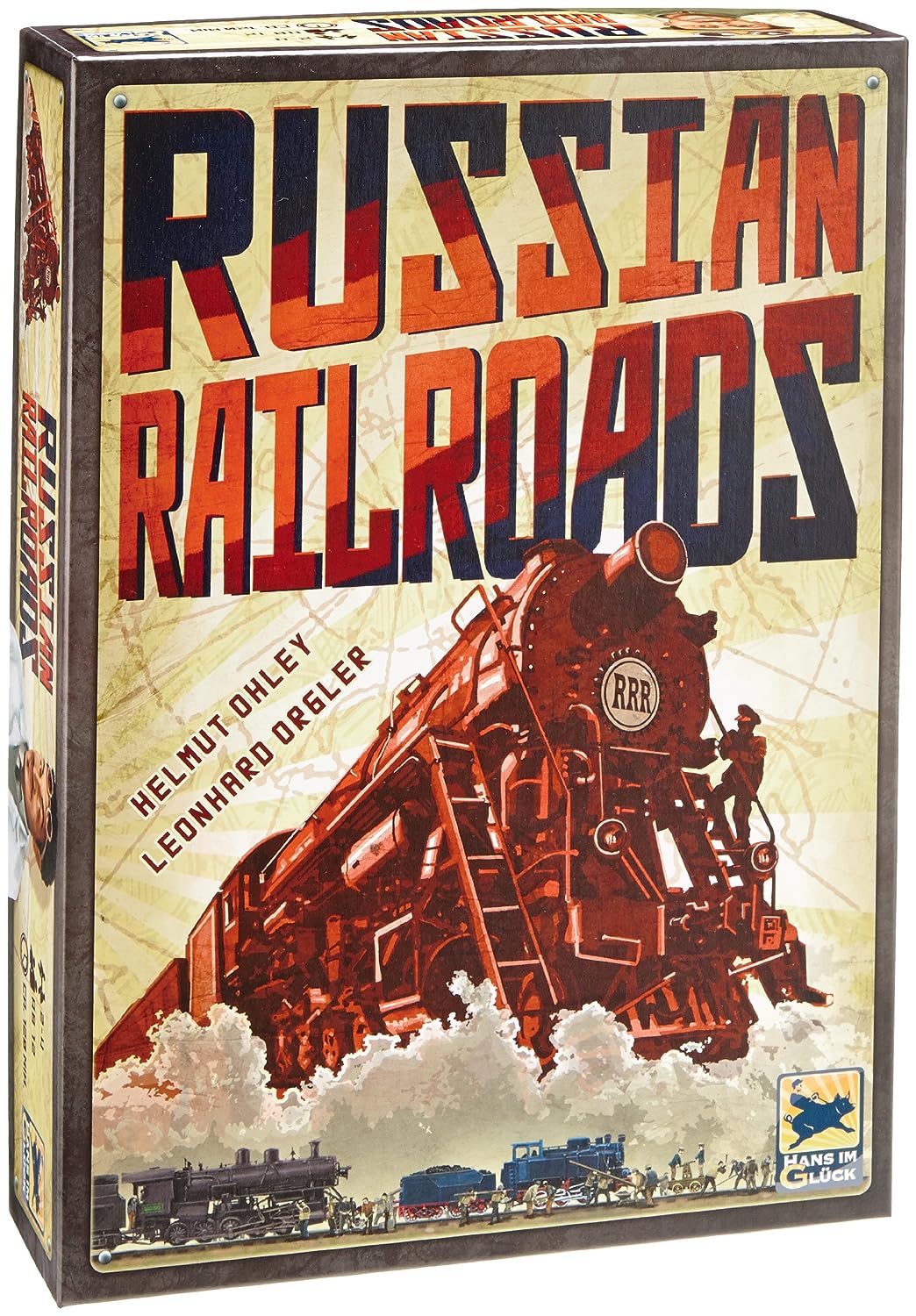 Play Board Games that Start with R

Board games are exciting to play. When you focus on board games that start with R, you can be sure of getting many benefits, such as unique bonuses, and fast-paced gameplay. Therefore, select any of the options in the list and start playing!