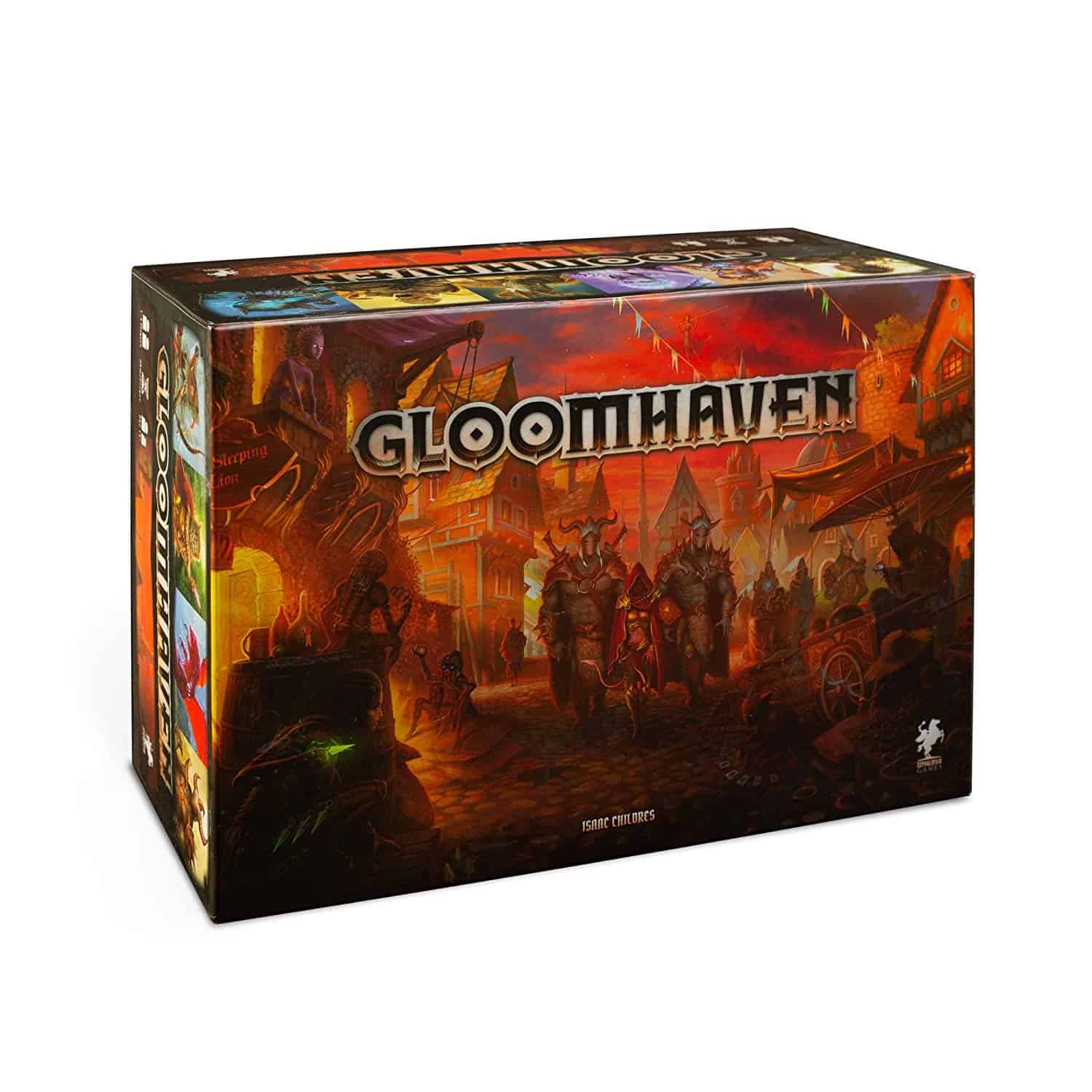 Gloomhaven is a complex game that is not for everybody and it has its fans and its detractors. You will find yourself in the city aptly named Gloomhaven, which is now surrounded by evil forces. You and the other players form a party of adventurers that will complete personal goals while uncovering the threat the city is facing. You play cooperatively and tactically, usually over many sessions, combining each explorer’s particular skills together. You are basically looking at a kind of pen and paper RPG turned boardgame. The feel is very Dungeons and Dragons-ish but focused on card and objective management, as well as, of course, combat. It is an intense experience that asks a lot of commitment (money and time-wise). You need to either have a great group that will make the experience worth it or be sure that you are going to go through most of the hundred or so missions. If maybe that kind of experience is not for you, we have some options. 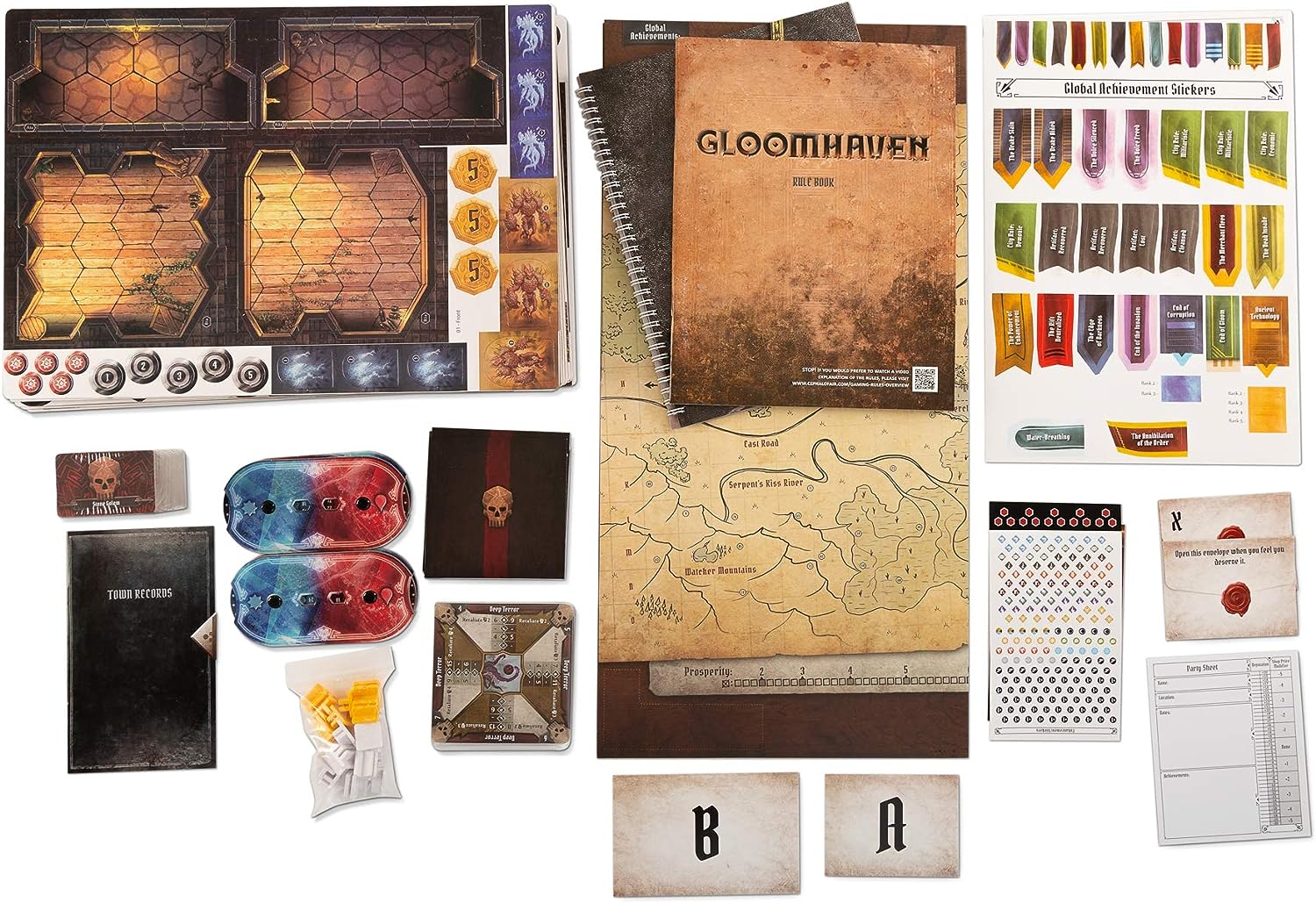 If you like the idea of the system but are unable to commit, then maybe you would like Mage Knight. This is also a very complex game. VERY complex. Here, you will take on the role of a wizard, who wants to gain infamy while destroying some cities. You will be able to fight monsters, learn magic, gain powerful abilities, discover artifacts, and maybe raise an army. This is also a card management game at its core. There are many ways to improve your character and you win by destroying cities, which is a feat, although other scenarios are possible. Boardgame fans usually vote this the best solo game available on the market, and it really is a great puzzle that has infinite ways of being solved. This game rewards analysis and problem solving and will reward the bold. 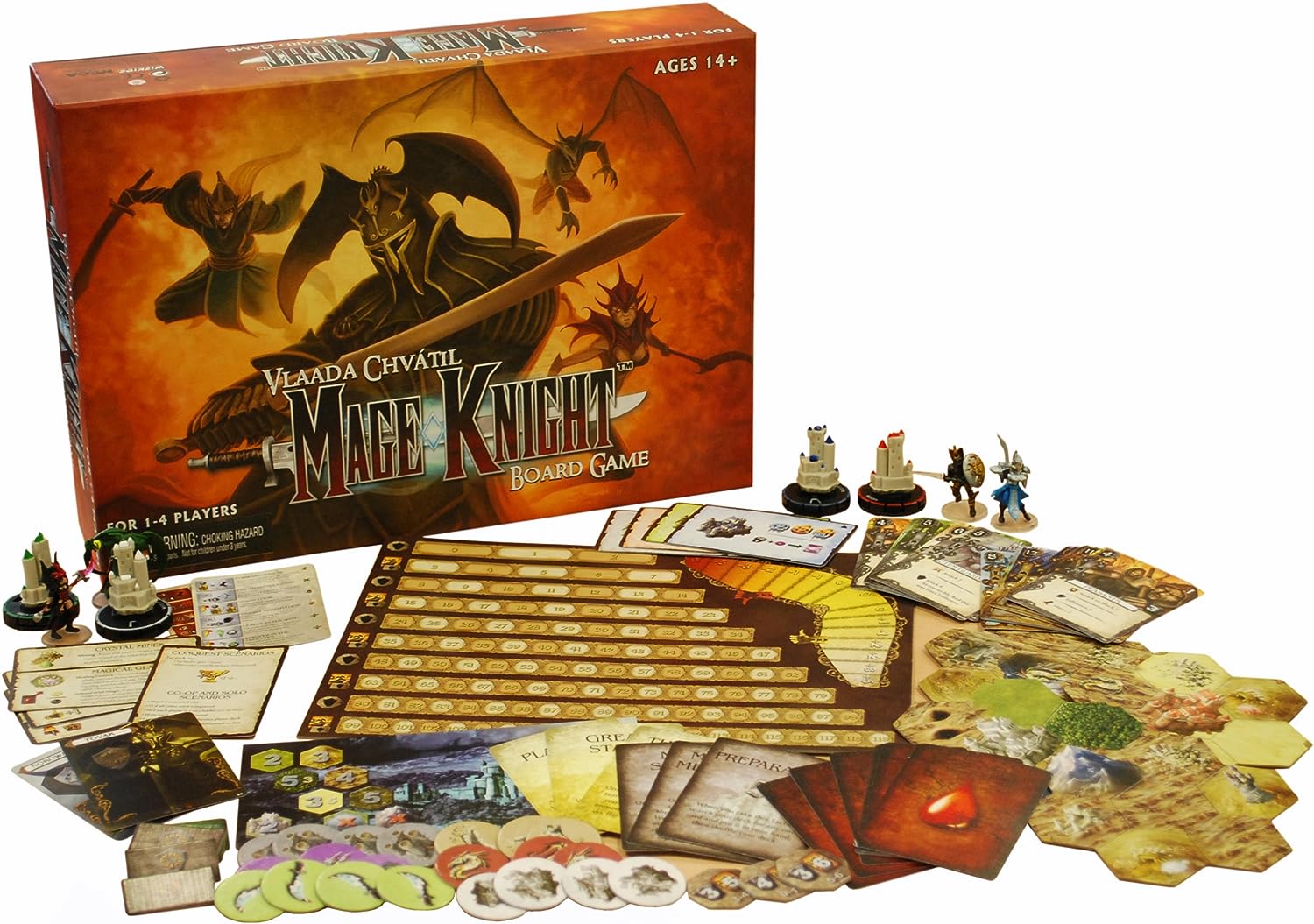 If you would like a campaign that is driven more by its story than its combat, maybe you will like Near and Far. Here, you also find yourself as an adventurer that comes to Last Ruin, a city that legend says contains an artifact that will grant the greatest desire of the heart.  to find allies, resources, and quests that will take you out into the wild unknown. It is basically a choose your own adventure style game, so you will need at least ten sessions to go through a campaign. This is still not an entry-level game, but once you get into it it is pretty straightforward and you will not find yourself waiting an eternity on each of the other player’s turn because of analysis paralysis. 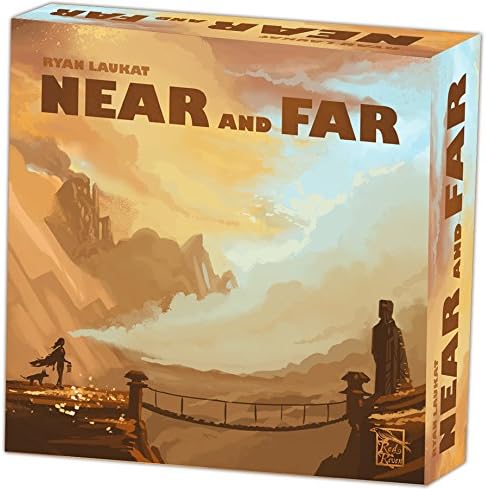 If you were looking for a dungeon crawler style game, maybe you would like to check out Star Wars: Imperial Assault. Yes, the flavor is completely different, but hear me out. Here, you obviously play on the rebel side, with a central campaign and story and side-missions, but there are branching paths depending on how each part goes. You get the whole gist of Gloomhaven, but with a popular intellectual property attached to it and with a box that is not nearly as intimidating. Of course, Gloomhaven is much more close to an immersive experience. Imperial Assault feels more guided, you are not looking for a purpose, just looking to win the mission. 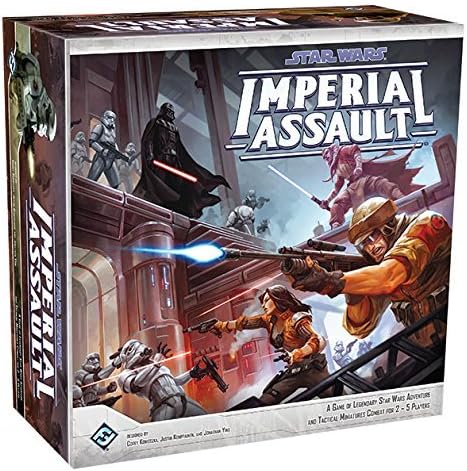 5. Descent: Journeys in the Dark

Descent: Journeys in the Dark (2nd Edition) is also a dungeon crawler. This game has its roots in the first board game based on Doom and its amazing and innovative die mechanics. It also is the game that served as inspiration for Imperial Assault, but of course in a fantasy setting. Here you will also get a feel of RPG gaming but with a much stricter set of rules. This game has a whole lot of expansions, which gives it a great variety in terms of monsters and heroes’ classes and equipment. The leveling system is fun but of course a slow burn. What is the difference between Gloomhaven and Descent? The descent is easier to explain to newbies and more functionally straightforward. In Gloomhaven you will want to analyze and try to optimize your turn and deck as well as try to talk with other players to try and figure out how to move forward in the story. In Descent the direction you are going is clearer: “move this way, attack this”. 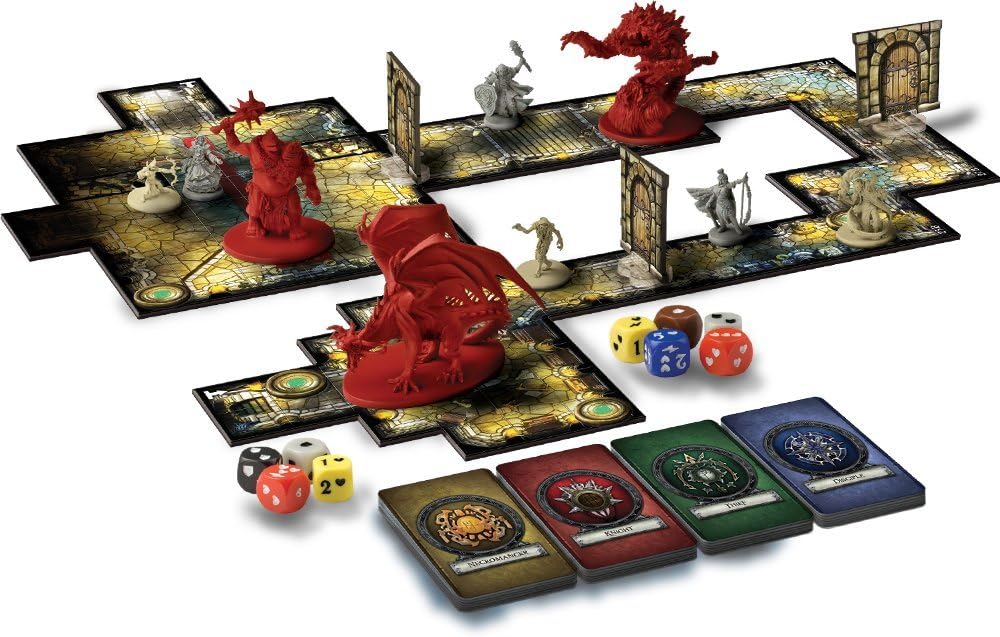 I would finally like to mention Mice and Mystics. This is also a co-op dungeon crawler. An evil queen has taken over the kingdom and imprisoned the prince and his allies, that turned themselves into mice to escape. It is told as a bedtime story, each chapter of the eleven in the core game is a different adventure. It is a challenging game, where you work together to accomplish different goals. It is worth to mention how detailed the minis are, in case that is a draw for you. The system and story are not, at all, as complex as you can find in the other games we have mentioned but the idea is similar with a much more light-hearted feel. I mean, it does not get cuter than a mouse adventurer looking for cheese and fighting rats. Do not mistake it for a children’s game just because your characters do not die but are captured instead. It does have some depth to it, like little side quests, achievements, and special abilities. It is very easy and intuitive to play, more closely related to Castle Ravenloft, Legend of Drizzt, but with more of a story to tell. 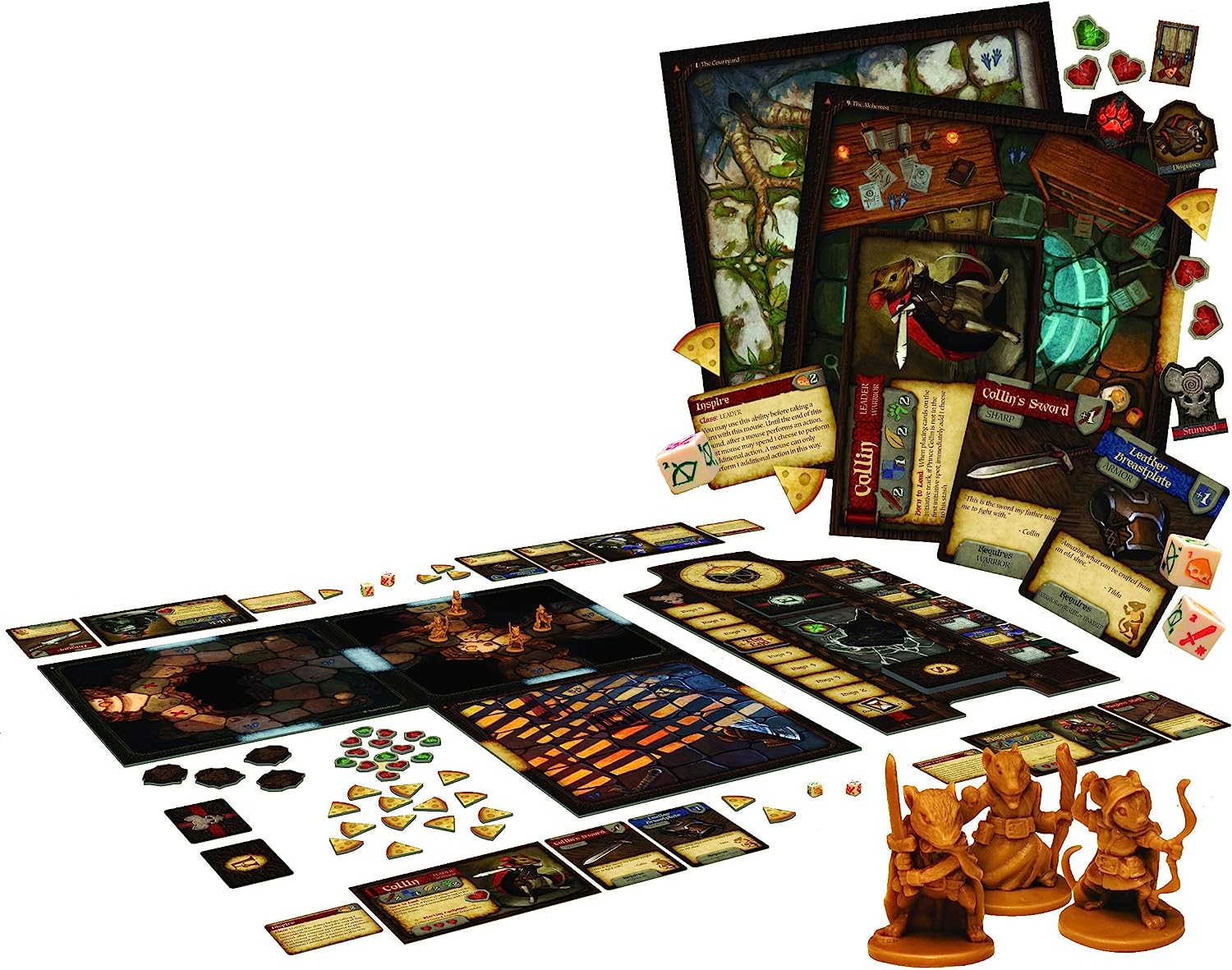 We have given you several options to choose from depending on your commitment and budget possibilities taking into account complexity and feel. Gloomhaven may not be for you, but you can find some of its elements in other board games. We could also recommend trying out a pen and paper RPGs if you are really interested in character building and story development. Boardgames will let you explore some of that, but not all. Some things to consider: are you going to play the game solo or do you have a stable and reliable group of friends to play over the course of several sessions, maybe a lot of them? Do you prefer something to just have a bit of fun or do you like deep puzzles or meaningful storylines? It is up to you!