Chances are most of us have played or at least heard of the game Clue. This game was right there at the beginning of the boardgame wave and it made its mark not only in pop culture but in a whole generation, leading to a movie and a videogame. If you happen not to know what Clue is, then I’ll give you a hint. You are in a mansion during a dinner party when suddenly one of the guests is murdered. It is up to you to play detective and find out who did it, where and how. Its strongest element is the art of deduction, and it is how it got its popularity. The only issue is that, except for a few special editions, Clue has gone unchanged since it came out in 1948. Although we will never be able to replace it, there are some more modern alternatives that you can check out. Today we are going to talk about two different ones: Mysterium and Deception: Murder in Hong Kong.

In Mysterium, one player takes the role of the Ghost of the murdered victim and the rest are Mediums trying to connect and solve the cold case. The Ghost transmits hints to the other players, shown in the form of enigmatic cards. Co-operatively, the party may be able to solve the mystery. The game’s design and components are amazing. Every card is drawn with intense detail. There are the character cards, the vision cards and other cards to represent the suspects and objects used in the murder, as well as the spirit screen (that separates the ghost from the rest of the players), the tile templates that mark the different stages of the game, a 3D cardboard clock that adds to the aura, different color crystal balls that the players use to play, a sand timer and a bunch of different tokens, so you get a lot of bang for your buck. Certainly, the lavish drawings and elements add to the mystical atmosphere and help set the tone for what is to come. 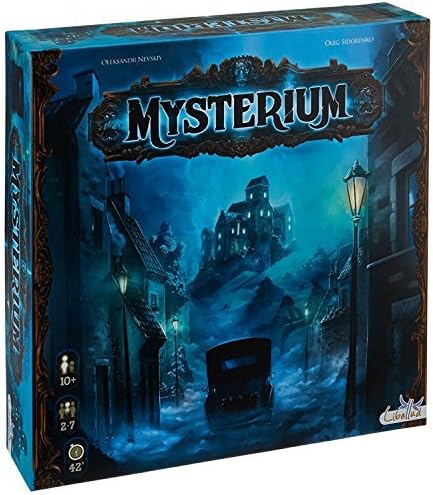 The game has several phases. In each of them, the Mediums will be able to guess, according to the card given out by the Ghost, which one of the options is the correct one for them, as each has a different trio of facts to uncover. The Ghost has to identify connections between the cards selected for each medium (saved in the ghost screen) and the vision cards so that the Mediums are able to interpret them. Once the visions have been set, the Mediums can discuss among themselves, but the ghost is not allowed to partake, or even talk. Once all of them determine their answer, they can place their clairvoyance tokens. Afterward, the Ghost will reveal, by giving one or two taps, if the interpretation was correct or not. If it was, then the crystal ball is advanced one level. The clock is also moved one hour forward, leaving them with less and less time to solve the puzzle. Turns moving forward are very similar: the Mediums will try to deduce either the killer, the location or the murder weapon, depending on the level their crystal ball is in. Give or take, that is the essence of the game. If you are looking for a great co-op experience for new (it is very easy to learn how to play) or experienced players, this game is great.

Deception: Murder in Hong Kong is a game that mixes deduction with strategy. Here, players are also investigators trying to solve a murder case but the culprit is amongst them – like a Secret Hitler version of Clue. One of them also plays as a Forensic Scientist, who holds the solution to the crime. As with the ghost before, the forensic scientist gives out clues with the help of specific tiles. The investigators need to not only interpret these hints but also avoid being misdirected by the murderer, who is trying to place the blame on somebody else. 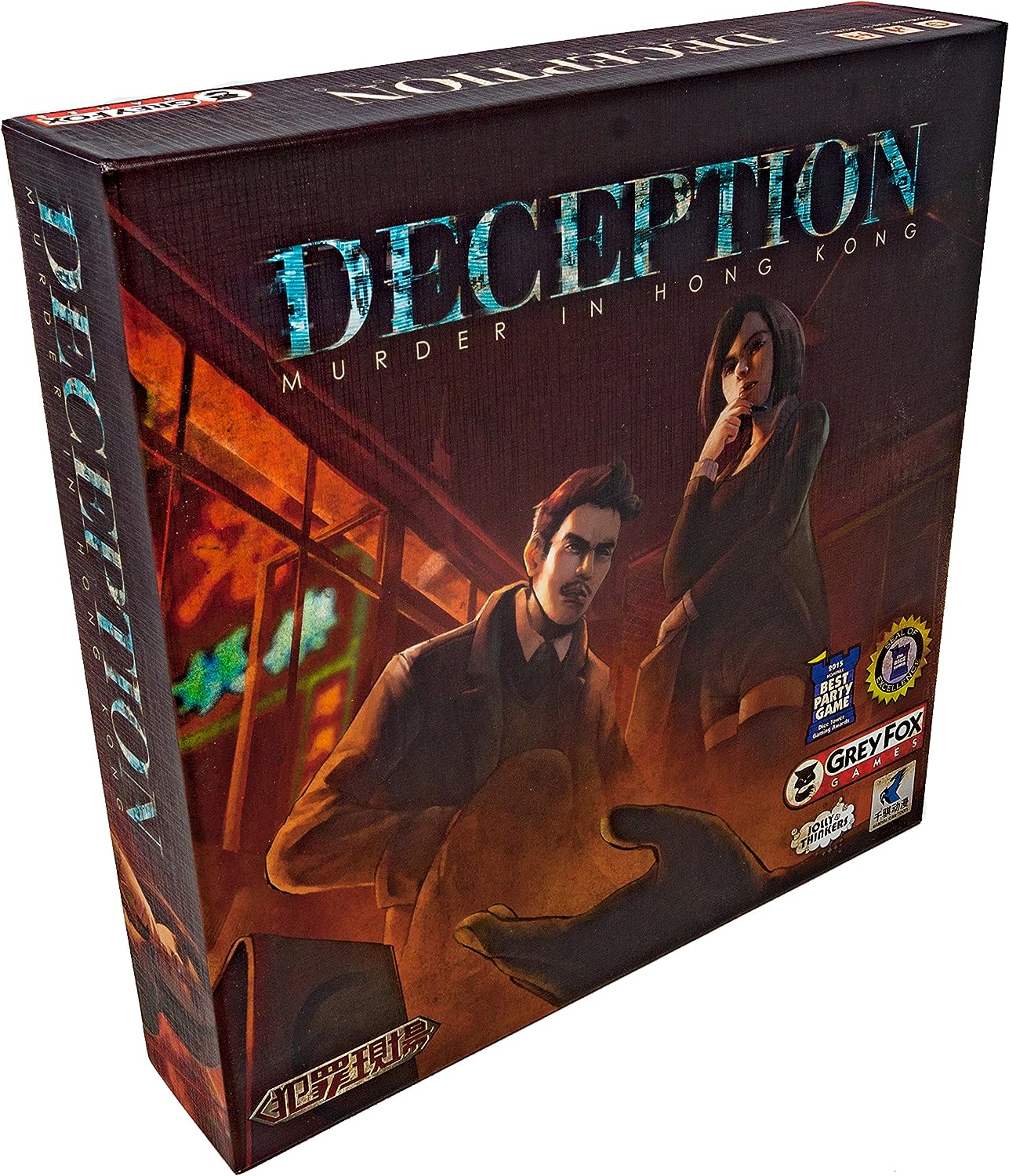 During setup, each detective is dealt with a series of tokens that are placed before them in the table, for everyone to see. Between those is the correct answer, but the Forensic Scientist cannot give out any clue. Each turn, they will have to take out a clue card that details a set of options regarding a specific part of the crime and put a bullet on top of the one they think will move the investigation forward – like the cause of death, type of victim, time of death, etcetera. The answers, though, are very vague and cannot be clarified further as they cannot speak. It is up to the detectives to connect the dots, but the murderer can also misconstrue the clues and give out fake theories that confuse the group. There is a set number of clues the forensic scientist can give out and each detective gets one guess. The game ends when somebody guesses correctly or the murderer wins.

This is a very fun game for parties (it is made for 4 to 12 players). It is also fairly easy to learn, although it may take some practice to understand the strategy behind it, and if there are very experienced players in the group, they will have an advantage over newcomers. The discussions that arise are funny but can also get heated up depending on how you like to play.

Both Mysterium and Deception have Clue elements in them, but taken from different perspectives and feels, but at their core, they share the same goal: to solve a mystery, and whether it is co-operatively or against a deceiving murderer, if you get it right it is extremely satisfying! The flavor is completely different, so you will need to choose one depending on if you are feeling more supernatural or more gritty and modern.