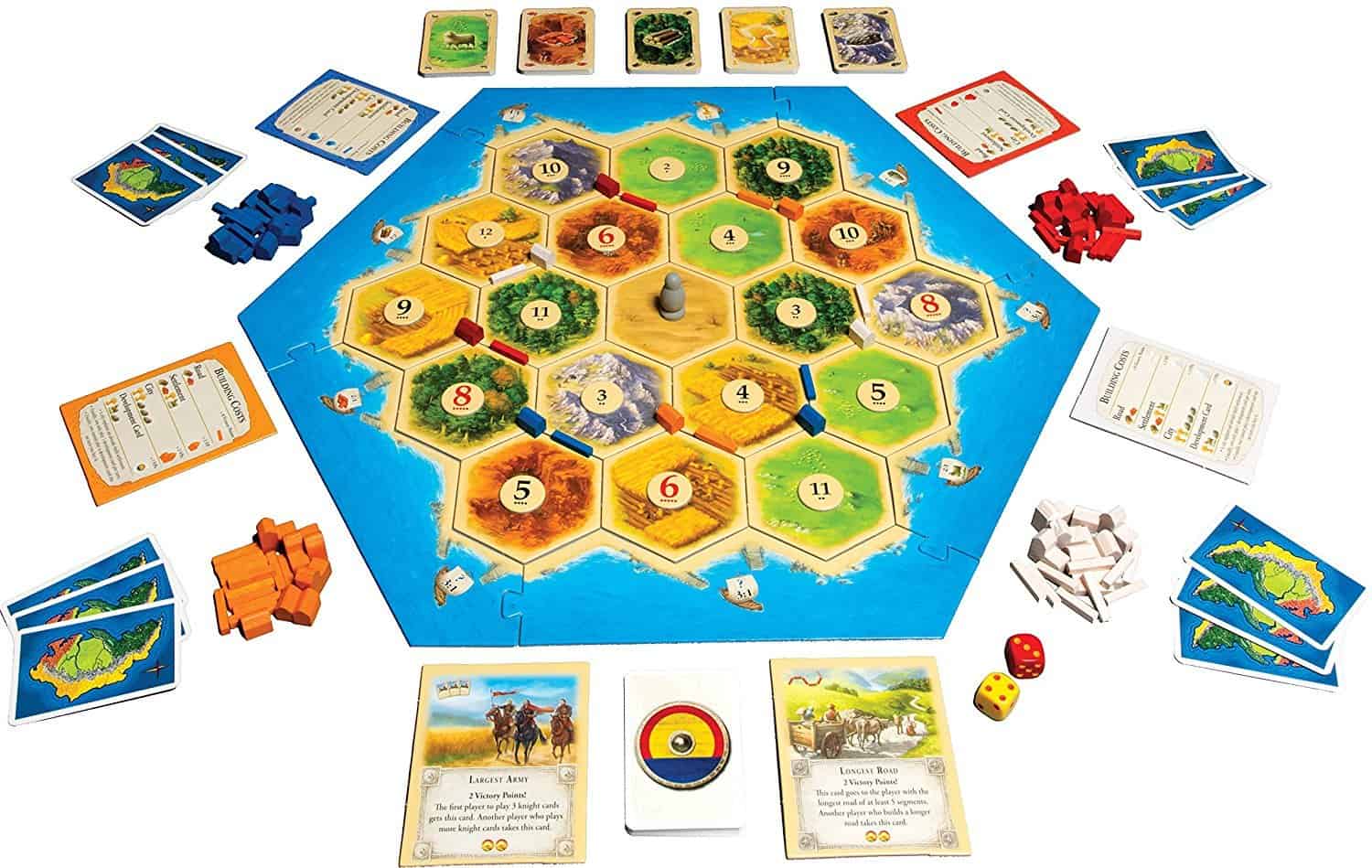 Board games are increasingly becoming popular, and for obvious reasons, many players are passionate about it because of the thought-provoking processes and the strategic moves they tend to make to achieve the underlying goal of their favorite board games. It’s interesting to note that many of the available board games have their theme revolving around the construction of buildings, trading, and acquisition of resources.

When you’re looking at the best board game to play in your leisure time, The Settlers of Catan readily come to mind. Often called Settlers of Catan, the game is German-styled, released in 1995, and involves the development of settlements by players in exchange for victory points for each completed stage. Although The Settlers of Catan is amazing and is popular among board game enthusiasts, you may want to try something new after playing it for some time.

Because of the massive acceptance and intriguing aspects of the game, many similar board games that tend to be better than The Settlers of Catan have been published. This empowers you to extend your board game enthusiasm to other variations. Your aim of looking for alternative games to The Settlers of Catan could be to get more value out of the classic game. You wouldn’t be looking for it. If you’re considering a change of atmosphere, the board games below could be a great way to start.

Bohnanza is a thriller for board game players and casual players alike. Without necessarily making itself a copycat, the game revolves around the trading aspect of The Settlers of Catan, with fusions of traditional German card of politics, Bohnanza breeds more interaction while empowering you to become the wolf of the Wall Street.

The game is witty, as players are mandated to plant and harvest legumes (beans). While this could be funny, that is the only viable way of earning more points, especially when you engage in more planting and harvesting. Although it’s literally not a “stock market card“, you may need to give up the acquisition of more points but rather focus on harvest fields before you, even when they don’t match your cards. 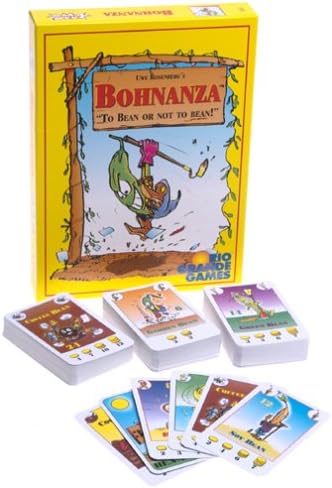 Dominion, as many board games would put it, is a nice way to “lead someone into the world of board gaming”. While the game has many impressive potentials, especially in leading a newbie through the art of playing board games, you would need to be cautious of the 10 identical decks of cards, and the pile of 10 special cards.

The idea behind the deck-building game, Dominion, is for players to start with a pack of cards and maneuvering their way through the pile of cards on the table until they get a sufficient amount of cards to parley their cards into victory points. 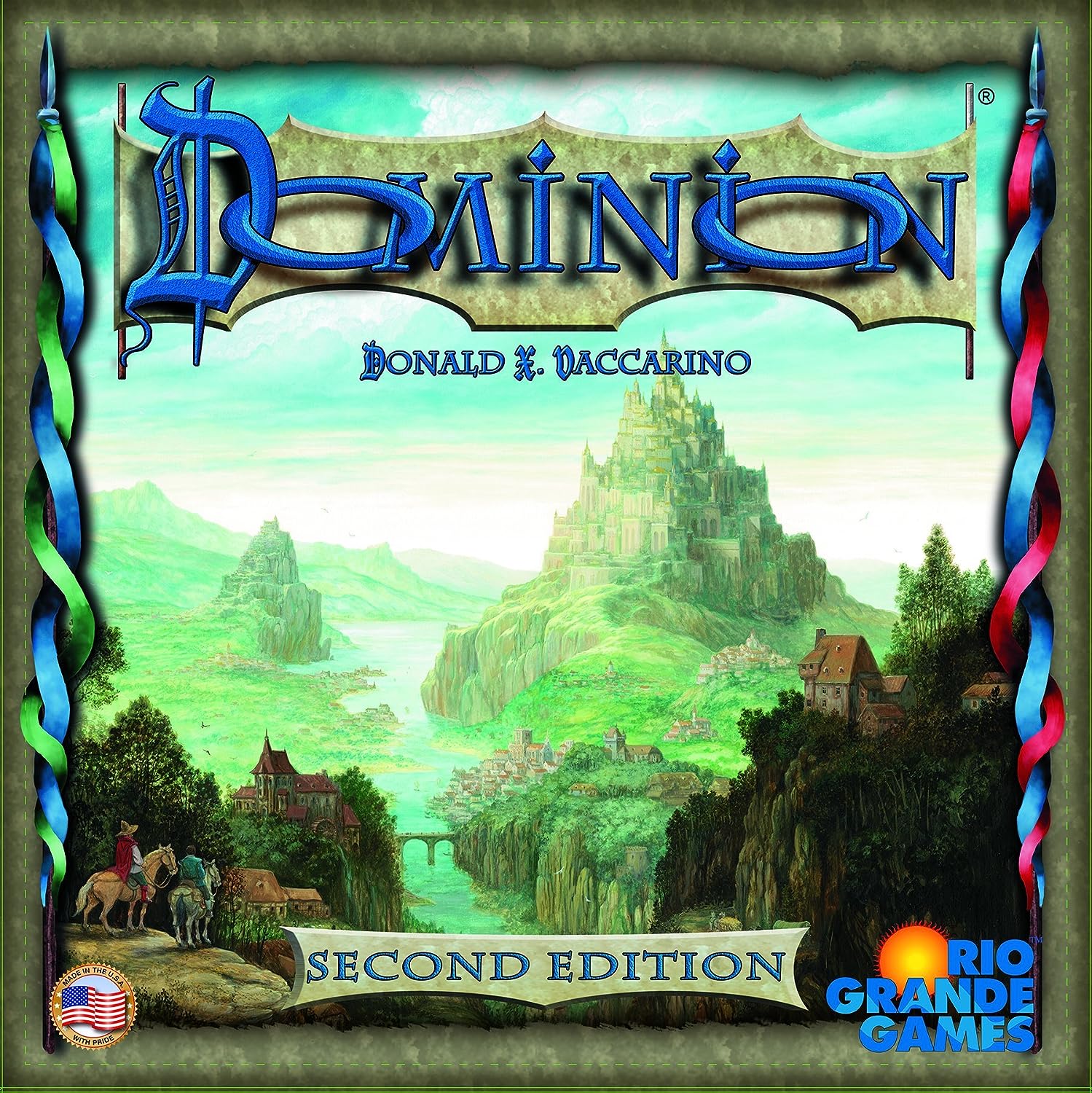 Ticker to Ride is a board game you should consider if you love the cross-country aspect of The Settlers of Catan. Here is a solid route planning game that allows you to obtain tickets that would take you through the remaining stages of the game. The rule of the thumb is to score the most points by drawing train cards required to claim routes, laying a claim on the routes, and making conscious efforts to draw the destination tickets.

Although Ticket to Ride is easy to learn, you may have to deal with the repetitiveness and the intrigues that most times, turn out to be deceptive, thereby, derailing you. 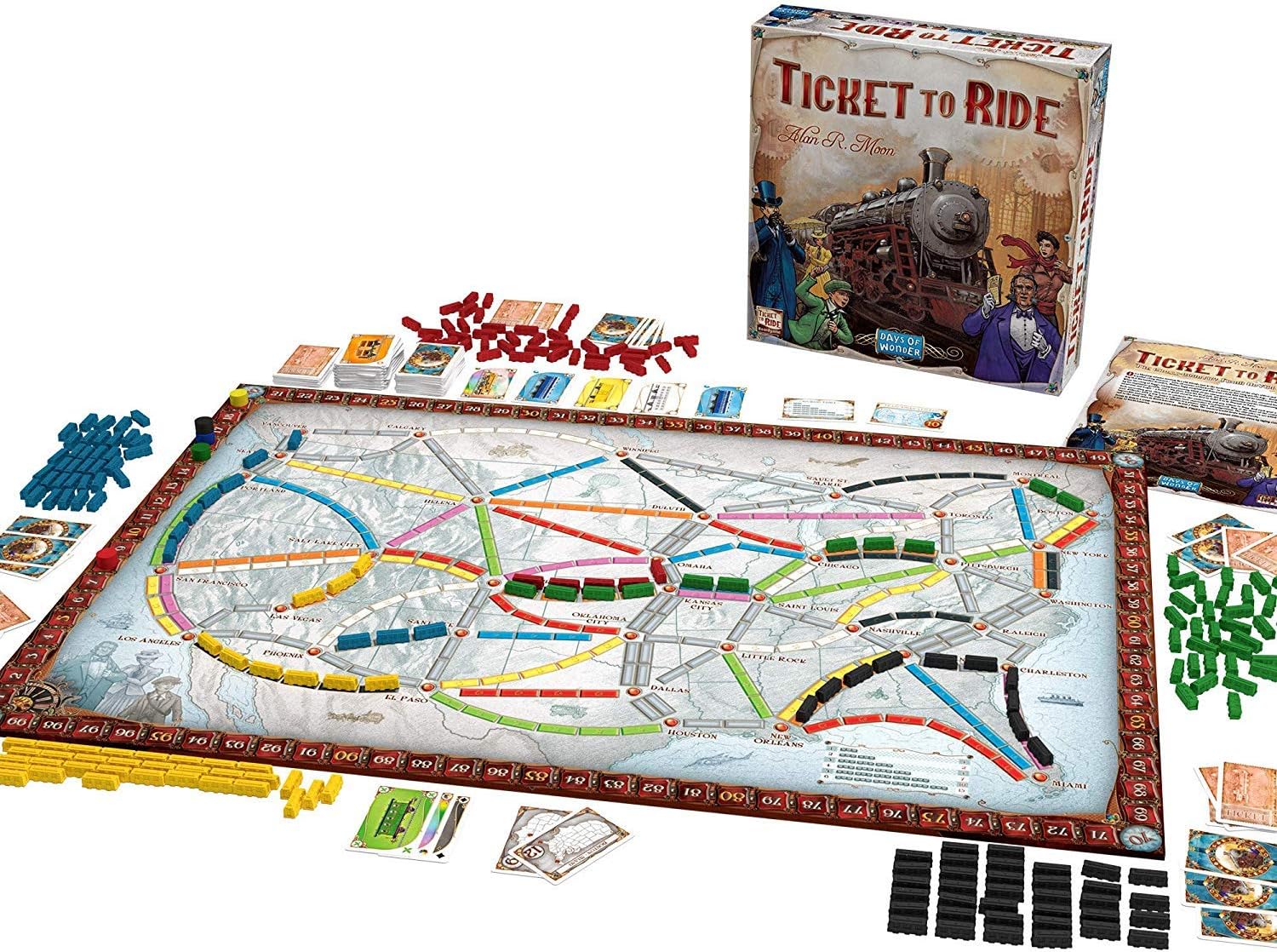 If you love the resource gathering and construction/building aspect of Catan, then you would certainly extend the same feeling to Puerto Rico. Although some players find it a bit complex with the diversification of roles, the game still has considerable acceptance among board game enthusiasts.

In Puerto Rico, all you need do is to diversify strategies with the aim of facilitating the process of constructing specific buildings at different stages of the game. 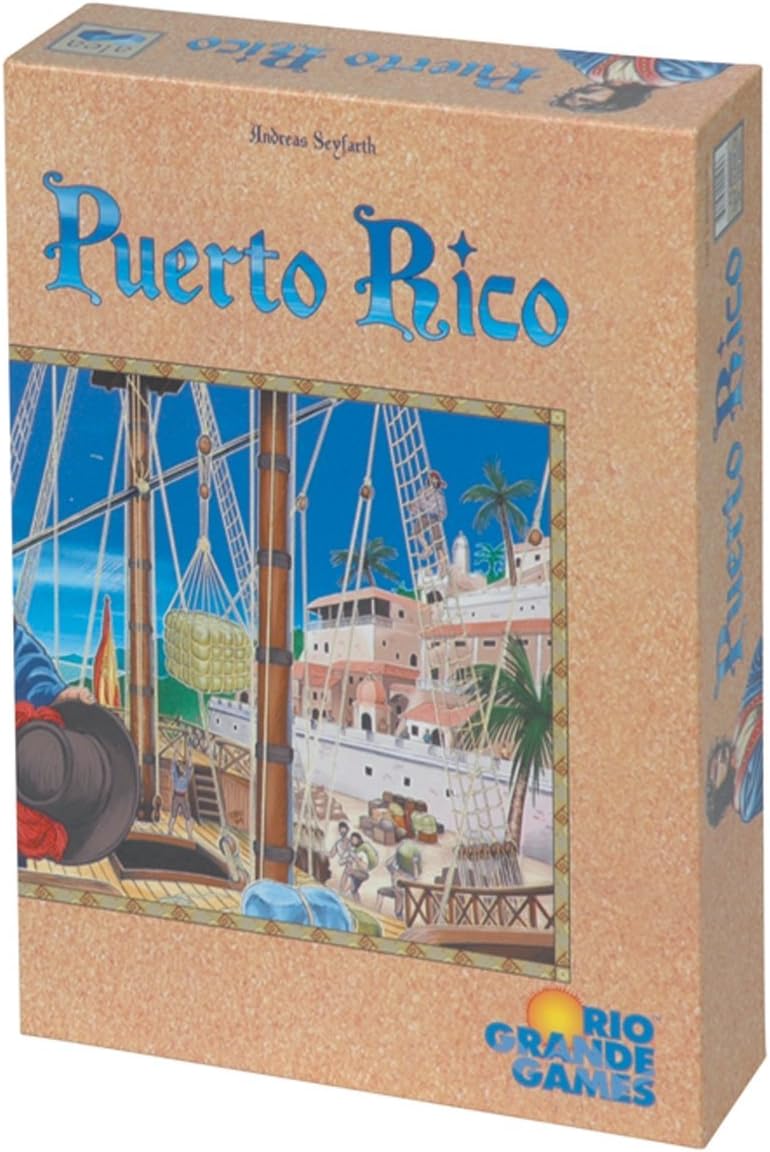 One feature we love about The Settlers of Catan is the diversification of strategies and roles, which makes it easy to discover your strengths. Similar to Catan’s resources management, Stone Age encourages players to work their way out of the Stone Age, through the discovery of fire, and into the future developments that would reshape their constructions.

Rather than making use of dices, as was the case in The Settlers of Catan, this game takes players through three stages that are intended to take them through different roles, such as farmers, and collectors. With these roles, players would proceed to gather resources that would help them to make advances into the latest technological strides, as well as catering for and increasing their population. 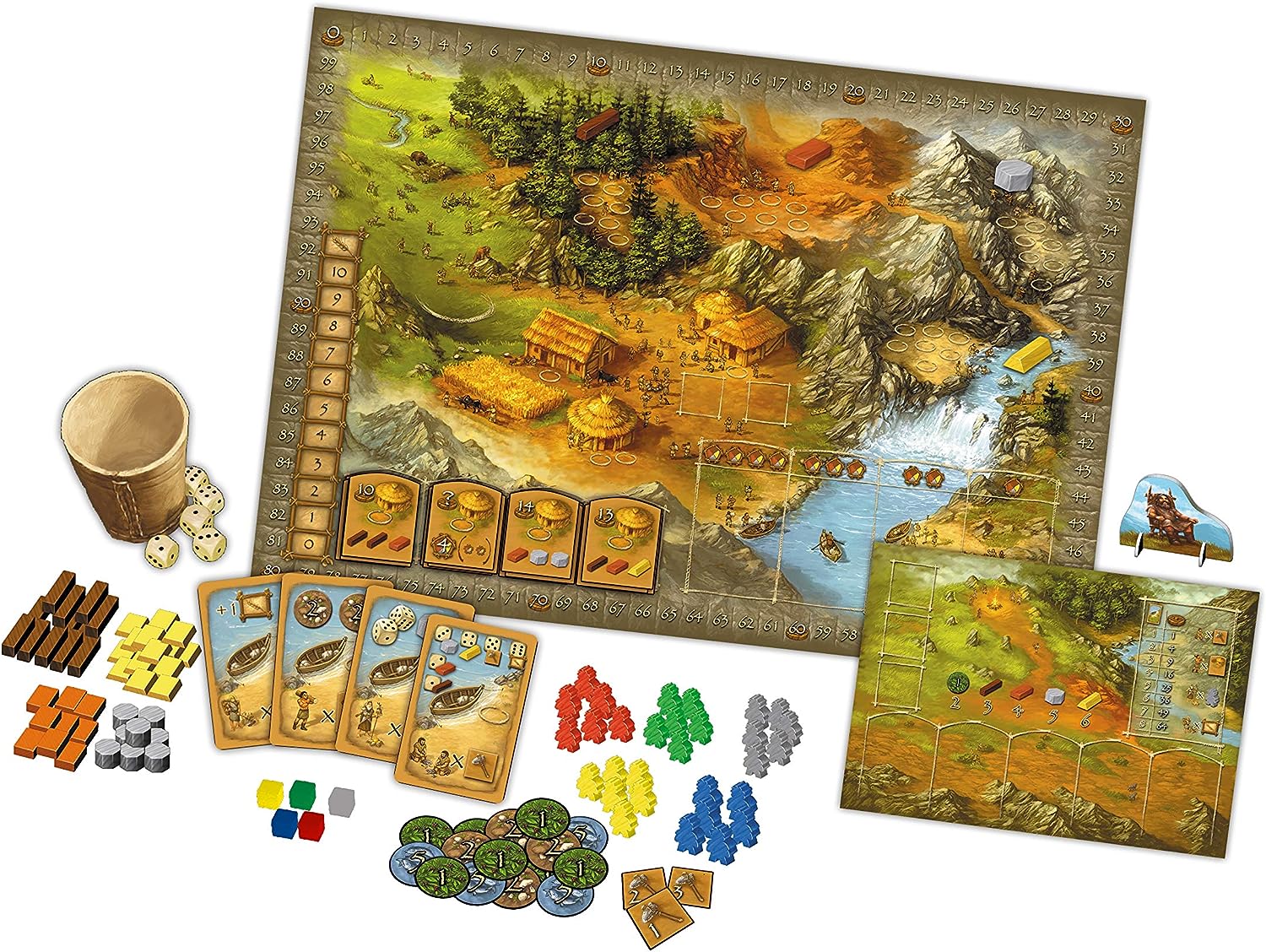 As hinted by the name, you need to be ready to experience the wonders in this board game. 7 Wonders is not your regular board game, as it has great adjustability that can accommodate about 7 players at a go.

Based on the concept of Card Drafting, 7 Wonders allows you to pass through the three stages of the game by using three different decks of cards. It’s worth mentioning that the new cards introduced at new stages are based on the player’s earlier performance with the last deck of cards.

At the introduction of a new stage, the player has to select a card from his hand and place it in a face-up position before the other hand of cards. The player can then proceed to pass the remaining cards to the next player. The process would continue until a player is left with only a card in one hand. 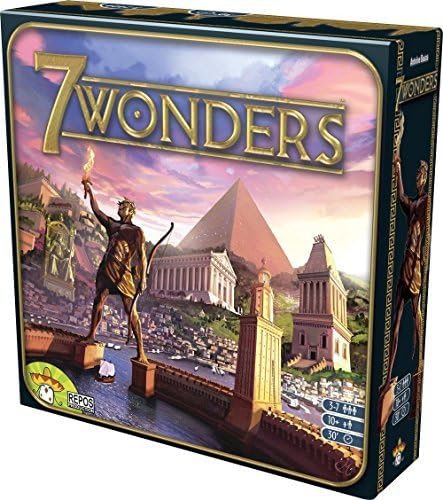 If you like to be taken back many centuries ago when spice traders were in dominance, you may want to play Century Spice Road. This quick-paced game allows you to play your first set of cards in the purchase of spice cubes. You may also want to upgrade your cards to increase purchasing power. 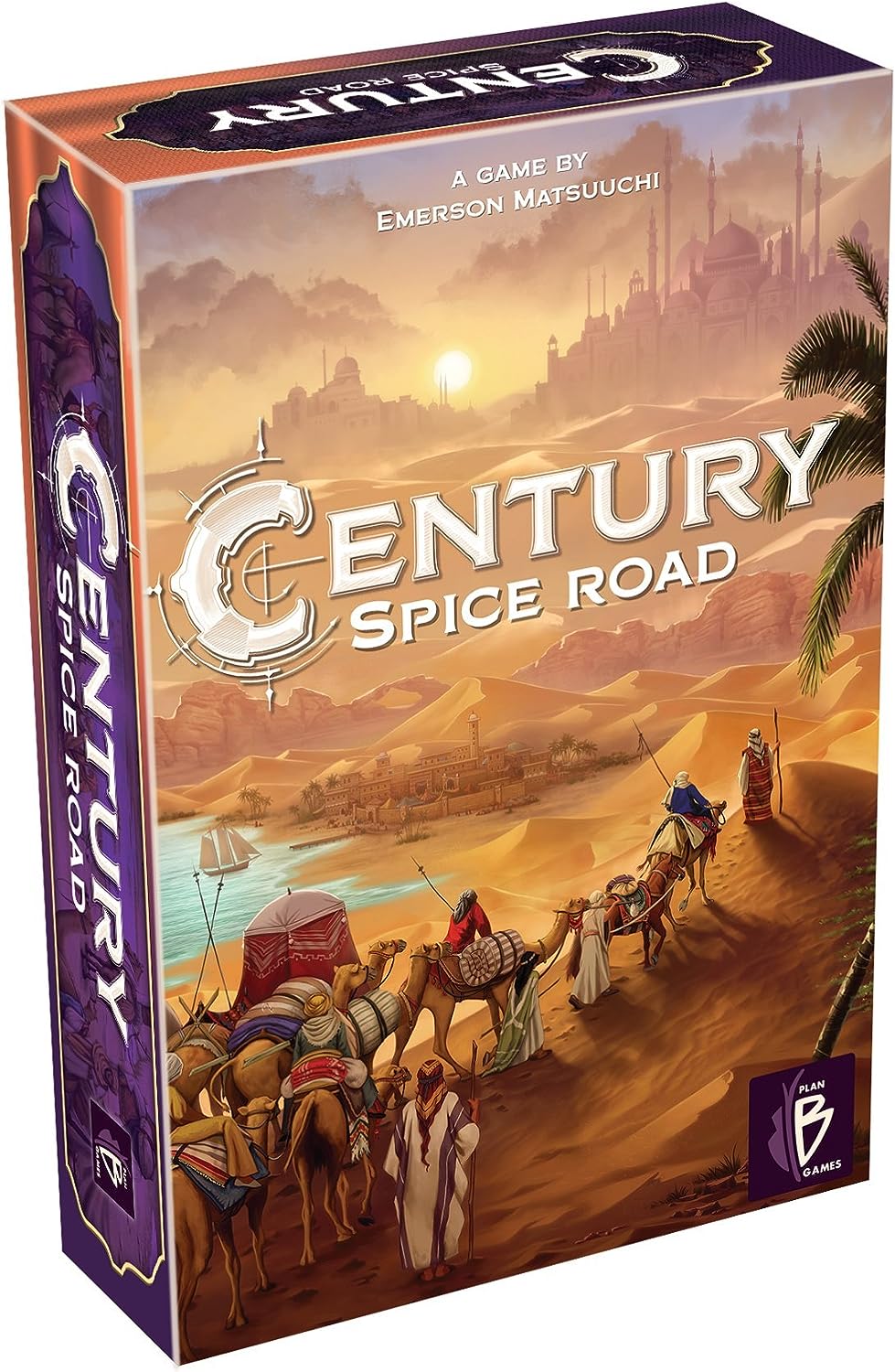