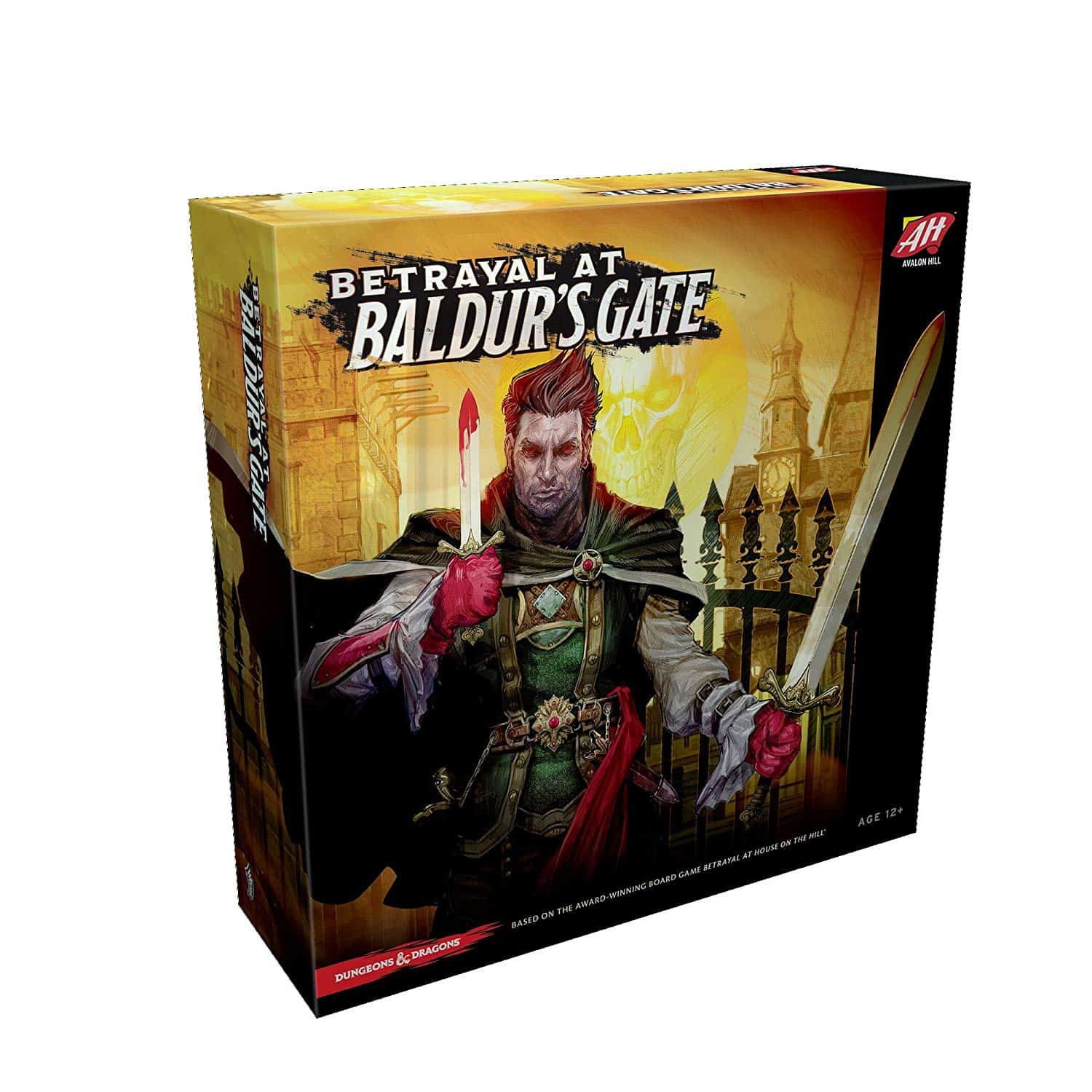 This board game does not disappoint in the least being almost like the popular horror board game Betrayal at House on the Hill; only more suited for keen followers of the Dungeon and Dragons franchise. Being familiar with the original Betrayal game enhances your experience with this one – like being in a remake of your favorite classic movie. For experienced hands, the game comes with a quick start section that summarizes the difference between Betrayal at Baldur’s Gate and Betrayal at House on the Hill before letting you dive right into different levels of adventure designed for your entertainment. For newcomers, the rule book solves pressing issues in the original betrayal version with character cards seeing long overdue changes- their stat track now has clear lines between each number and better working plastic slider clips. Designed for 3-6 players and best enjoyed with 4-5 people, the game goes from friendly to suspicious and horror as one of the players becomes a traitor – very exciting!

This game looks very much like the original one although the graphic design is different. Other parts like the iconography, room cards, dice, character cards, and tiles remain largely the same- the rules are also identical save for a few changes which include unique abilities for characters, new rooms with color-coded doors where players have to draw a tile of the corresponding door when they explore a new room. This game also introduced three tile color which represents Buildings, Streets and Catacombs – the building and streets are on the same level which implies there are only two floors in Betrayal at Baldur’s Gate. Additionally, the Haunt roll mechanism has been improved with players now required to roll the dice the number of times Omen cards are drawn rather than a flat six like what obtained in the classic game version – the Haunt triggers if the result of the roll is six and above. 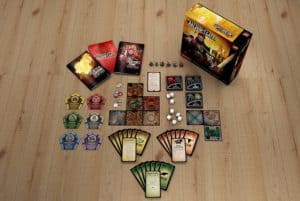 Baldur’s Gate unique characters; 12 in total is its crowning feature with each character endowed with its own powerful trait. For example, Avrixis Mazzym, is a dow ranger character with the hunter’s mark ability which could be used by the player to improve her attacks. Another character Aldan Pyrite (a dwarf fighter) is able to take a fall for the cause as long as his comrades stand on the same tile with him. Just like the original, players in Baldur’s Gate will trigger a haunt with a plethora of scenarios that can be played out (50 in all). A Haunt is triggered when one player takes a separate rulebook (Traitor’s Tome) and leave the room to read from a fresh set of rules applicable to him/her; the player then returns to the room and the game quickly goes from being a team effort to each individual trying to survive the haunt with a traitor in their midst. The traitor of the haunt is designed to be possessed by a demon or turned into a monster giving it that original feel not ripped out straight from the Old Classic Betrayal game.  Sometimes the Traitor is blessed with a stockpile of powerful items as well as a whole new set of abilities created by the special rules that guide the haunt in this game – although they may seem formidable, they are only designed to defend and lack the offensive firepower to fight back.

What endeared D&D fans to the original Betrayal at House on the Hill was the fact that its thematic immersion was really engaging – you could literally feel the tension as you explored the house. The storyline tapped into the unconscious part of players terrified of the dark and too excited to just walk away drawing you in. this is the same feeling that Baldur’s gates have on its players and in a more enhanced manner too. Being literally a game of two halves, players select characters from a range of fantasy archetypes with special abilities from self-healing to unique attack modes and varying stats for speed, strength, mental ability and knowledge (I hinted at this earlier) – these stats decide the amount of dice rolled by each player for character skill tests. Everyone starts from the tavern (this is characteristic to the D&D franchise) before spreading out to explore the streets, catacombs, and buildings, creating the board as they go further into the game. The map is extended as doors are open and locations like the Weapons Shop and Trading Posts are explored. Several locations in the game provide stat boosts (increased strength and ability sometimes) that increase the number of dice for skill tests while several others contain traps or hazards that decrease your chances of survival within the game. Player damage occurs by lowering one of your stats- this weakens you ahead of your next character strength test; a player dies when one stat reaches the iron skull during the second part of the game.

Players should look try as much as possible to observe the accompanying symbol on each location card – this indicates if a player is expected to draw an item, event or Omen card. In Baldur’s Gate item cards provide players with the means to boost their existing stats as well as potions, rings, and weapons. On the flip side, events card are where character abilities are tested. There is a huge likelihood of you being caught up in a storm or ambushed by bandits. The Omen cards officially move the game to the second phase – The Haunt! A haunt roll call must be made when a player draws an Omen card.

Quite unlike the original House on the Hill which was notorious for its poorly maintained miniatures and defective character cards, Betrayal at Baldur’s gate has quality components as well as realistic storylines that keep players engrossed. Overall, the game is a good buy that gives other games in its category a run for their money. The multiplicity of scenarios make it easy to play over and over again without being tired.