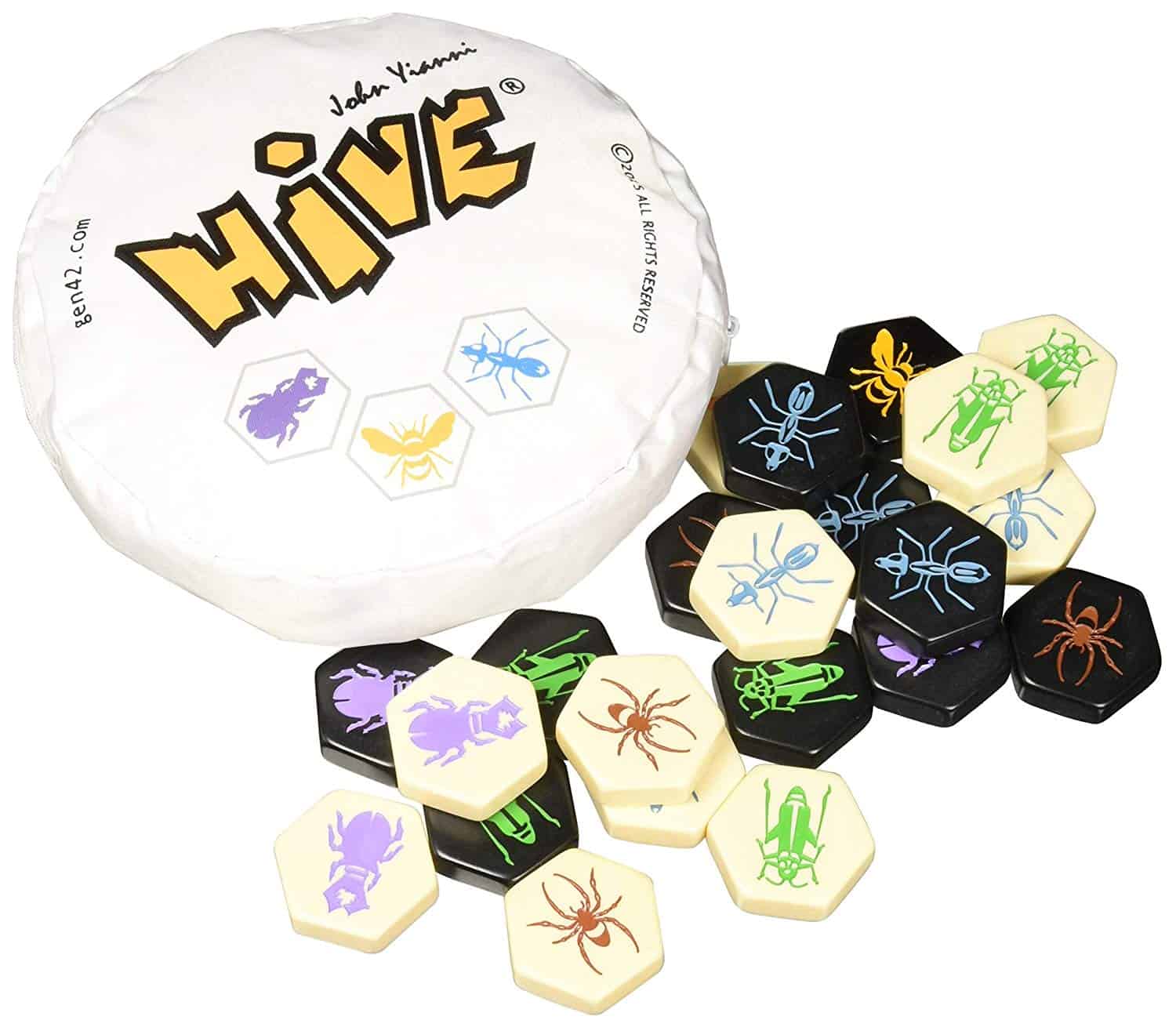 The popular image of board games is that of several friends around a table, but they can also be perfect for occasions where only two people want to play. At those times, it can often be difficult to find the right game – most are designed around a group of 3-6 or even a larger party. When you need an ideal product for two, try…

This tiny game seems almost trivial during the rules explanation before unfolding into a mind-stretching challenge in motion.  Players move hexagonal insect tiles according to their individual abilities, trying to surround their opponent’s queen. Pieces are gradually placed and moved over the course of the game, creating a gradually expanding spatial puzzle of moves and countermoves.

Each tile affords wildly divergent options – the beetle can crawl over the top of other pieces, while the ant can move any distance around the outside of the hive. This abstract assortment of options is a deceptively versatile toolset, allowing players to weave more and more intricate strategies as they gradually master the game. A handful of expansions add even more unique pieces – the Mosquito can take on the movement of any adjacent piece, while the Pillbug can move adjacent pieces rather than itself. This deeply strategic game can be learned quickly and played anywhere with a flat surface.

Especially now that the excellent Hive Pocket is available, Hive is the perfect game for two players looking for an elegant, thought-provoking game akin to modernized chess. 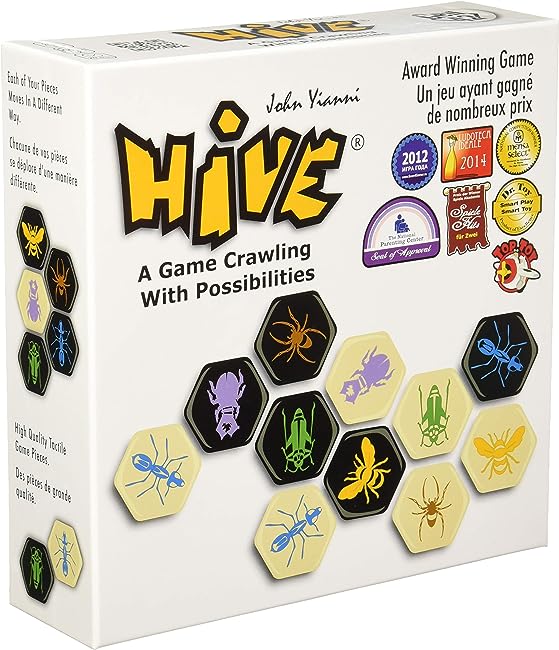 Building on the classic tropes of dungeon crawlers before inverting them into a charming, straightforward engine-builder, Boss Monster casts each player as the master of their own monster-infested dungeon. Adventurers of various descriptions will invade the ever-improving meat grinders of vicious creatures and treacherous traps, delivering game-winning Souls if killed. However, each valiant questor carries the potential to deal with damage to the Boss Monster at the heart of the dungeon and push the controlling player toward defeat.

The strategy of the game comes from balancing resources between expanding or replacing rooms in the dungeon to create synergy, building upgraded rooms for improved effect, and attracting the adventurers required to score Souls. Later in the game more dangerous but valuable adventurers will arrive, putting weight on the risk/reward calculation players have to make when facing down skilled heroes that may kill their Boss.

Boss Monster is a quick-moving engine builder built around traditional fantasy tropes viewed from a novel angle. It’s ideal for players looking for a light constructive game with a humorous tone, especially if they enjoy a dungeon-crawling theme. 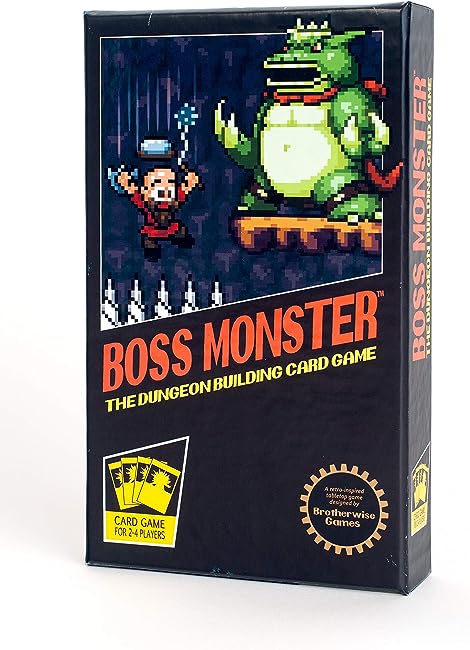 On the opposite end of the scale from Boss Monster, Brass: Birmingham is a sprawling economic engine builder set in Industrial era England. Designed as a followup and update to the original Brass, Birmingham sees players take the role of British tycoons building transportation routes, factories, and mines across the region to generate as much money and industrial capacity as possible.

One element that sets this game apart from similar titles is the way players can use elements of each others’ engines. Coal or iron produced by one player’s mines could be used by another player to build a shipyard or rail line, but doing so brings those mines closer to scoring – most buildings don’t provide victory points when built, but rather when they have been completely used. This dynamic creates a sort of gentleman’s cooperation between players, where victory comes partly through the efforts of another player building up their own engine.

Brass: Birmingham is the right game for players looking for a complex, meticulously balanced session of building industry in the age that originally inspired the steampunk aesthetic. 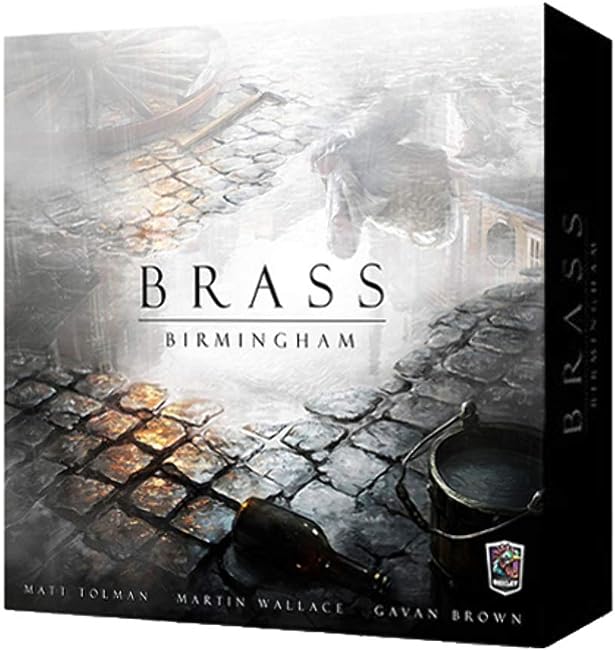 It almost seems redundant to recommend Pandemic under any circumstances, but its surpassing quality deserves a spot on this list. This cooperative game of specialists trying to contain disease outbreaks around the world is arguably a tighter and more tactical experience with two.

Players in Pandemic navigate a world map, removing cubes representing four different diseases while trying to assemble colored sets of cards to cure them permanently. Diseases spread according to an Infection deck and occasional Epidemics, accelerating from an early trickle of additional cubes to a late-game where players frantically hold cities at the brink of exploding into cascading outbreaks. While a large group can distribute themselves around the board according to their chosen role’s specialty, two players must brutally prioritize responsibilities to handle ongoing outbreaks and complete the required research.

Pandemic is ideal for anyone looking for a cooperative experience trying to manage a situation spiraling out of control in a modern, realistic setting. 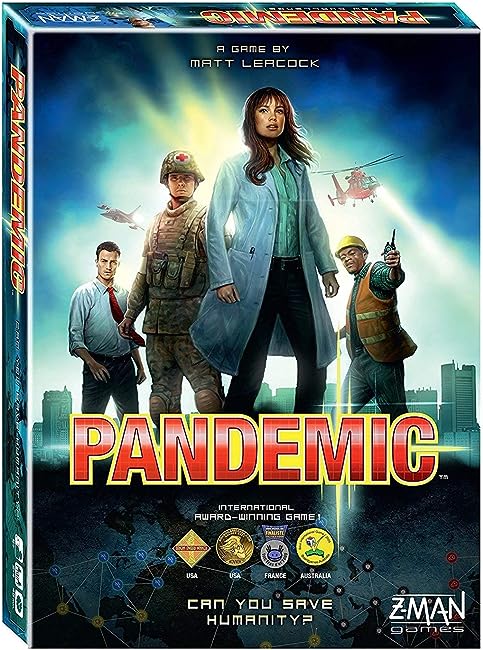 This pocket-sized product pulls the deckbuilding dynamics of Dominion and Ascension back to their roots in head-to-head CCG’s like Magic: the Gathering. Players start with a ten-card deck of basic economic and combat ships and gradually expand it by purchasing new vessels and bases from a shared trade deck. Rather than accumulating victory points in their deck like most deck builders on the market, players in Star Realms win by attacking their opponent to reduce their Authority to 0.

This straightforward objective makes the game immediately accessible, and its faction dynamic boils down the tribal synergies of more complex games wonderfully. Many cards have additional abilities only activated if their owner also plays another card of the same color, incentivizing players to specialize in one or two colors. These colors each have dominant mechanics to characterize them – the red Machine Cult holds most of the ability to remove weak cards from a player’s deck, while the blue Trade Federation excels at increasing a players’ Authority to insulate them from attack. Later versions of the game like Colony Wars and Frontiers add new twists on the formula like Docking, which allows ship cards to persist if their owner controls a base of the same color and synergy effects that require multiple allied cards and incentivize players to further specialize into a given color.

Star Realms excels for players who want a quick sci-fi battle that compresses the experience of building a competitive deck into twenty minutes of frantic optimization under fire. 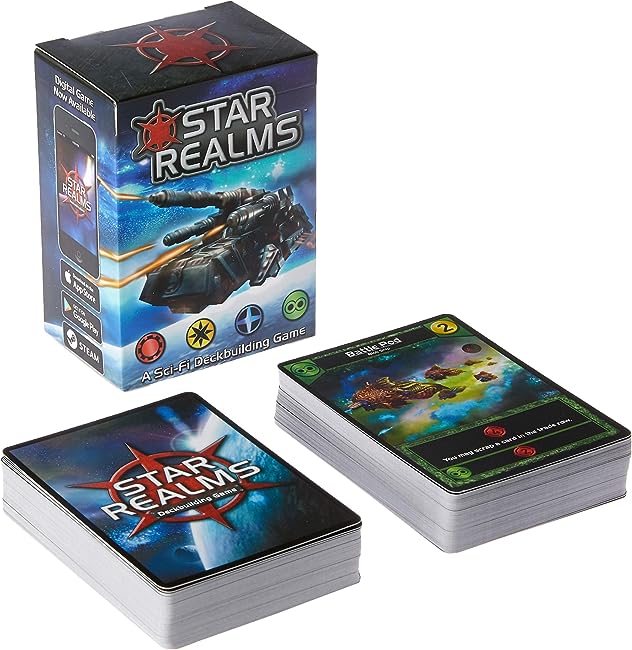